May the Fourth be with you!

May the Fourth be with you! 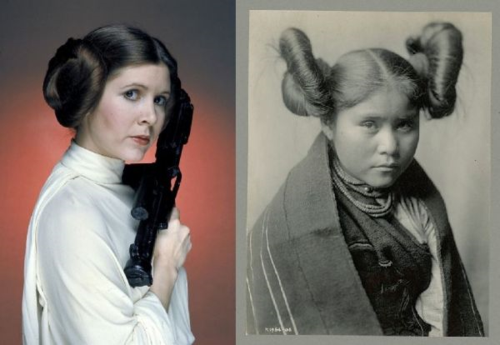 (This if from an article on Neatorama-great site, by the way.)

In the 1977 film, I was working very hard to create something different that wasn’t fashion, so I went with a kind of Southwestern Pancho Villa woman revolutionary look, which is what that is. The buns are basically from turn-of-the-century Mexico. Then it took such hits and became such a thing.