« Burnin' Down the Garden | Main | Pumpkin Patch at the Dallas Arboretum »

Ready for some Halloween overload? 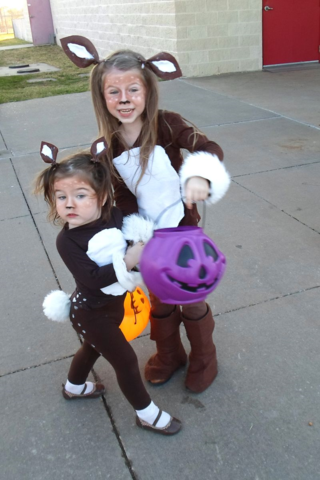 I'm a little behind this year, but I'd rather be doing than blogging most of the time.  Especially if it involves my kiddos. 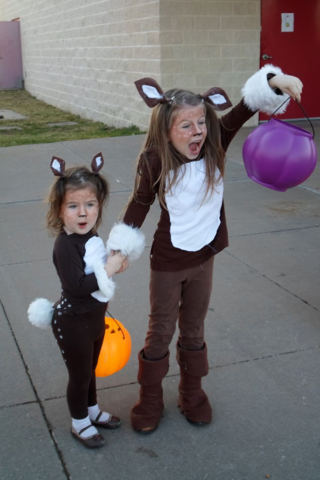 Violet wanted us to be a family of deer, so they are fawns and I'm Mother Deer. One of Violet's favorite games is to pretend I'm a mother deer and she's my fawn.  Her name is Honeysuckle, I'm Mother Deer, and we live in the woods.  OR...she's Violet, and I'm the deer who doesn't understand the ways of people.  Like...I'll ask why she doesn't eat grass, or I always forgot the word for "shoes", or I get confused about light switches.  She thinks that's hilarious. 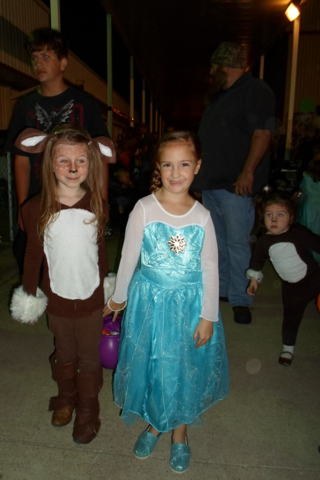 Violet has been friends with Brylee since they were two.  I'm so happy they're in the same kindergarten class!  Also-Piper's photo bombing cracks me up. 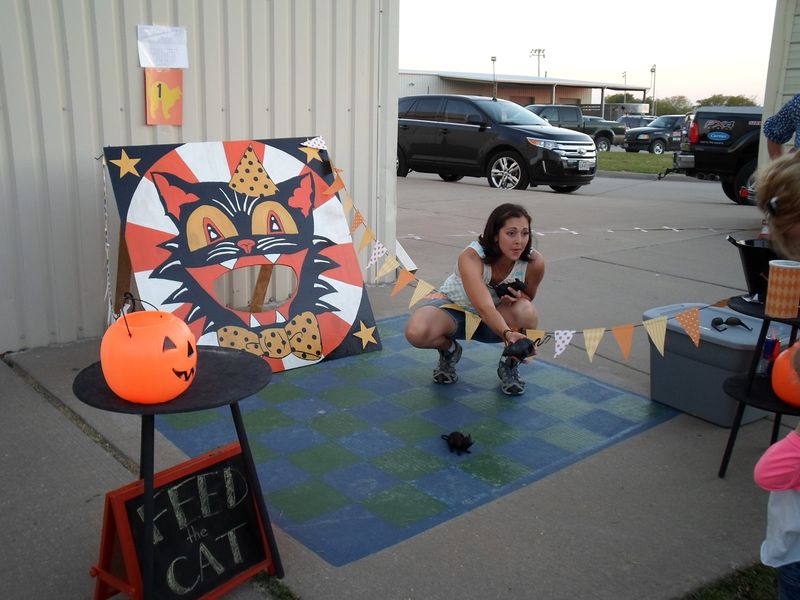 I'm glad I got to be her class room mother this year.  I made our carnival game..."Feed the Cat".  We had the kids throw those rubber squeaky rats through the cat's mouth.  We had a bunch of great parent volunteers from the class-thanks, other parents!  This is the lovely and very involved Shawna, mom of another sweet girl in Violet's class. 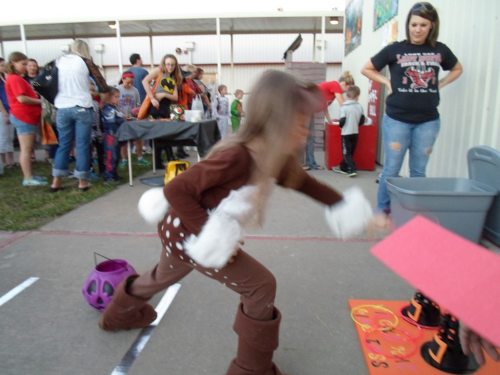 I am such a fan of carnival games.  Good ones, bad ones, hokey ones-I love 'em all! 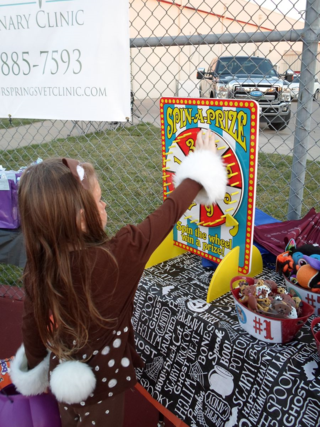 Spinner games are fun!  I want to make one for myself. 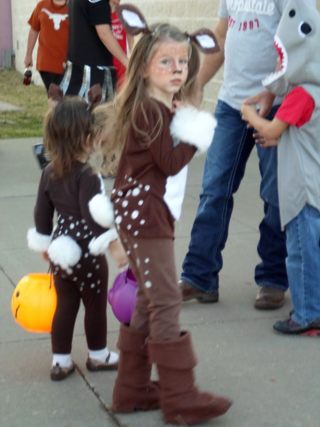 This is a bit blurry, but I wanted to show the back of their costumes.  I love the little white spots.  I just painted them on with craft paint.  I made the ears with felt.  I took old Santa hats and dismantled them...the band became the cuffs and the ball on top became their tails.

I dressed up, too, but we only have one shot of us together.  I was making a ridiculous face and having a major costume malfunction.  But darn it---I had on antlers! Getting sugared up kids to be still is nearly impossible, isn't it? 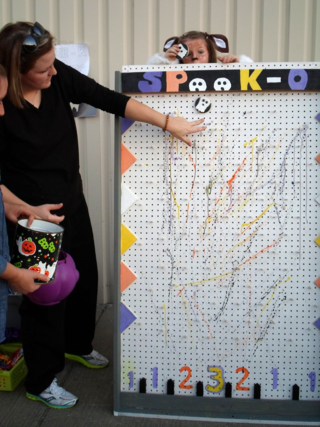 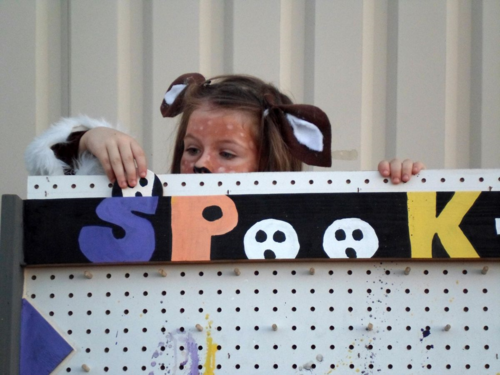 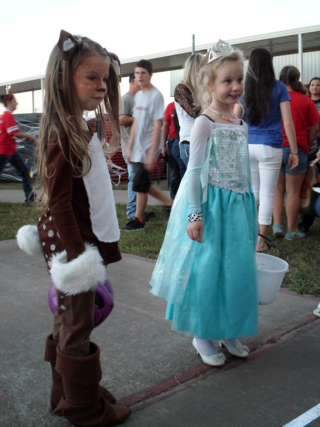 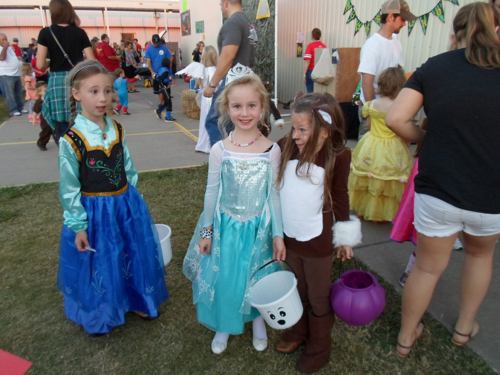 There were a bunch of Elsas!!! 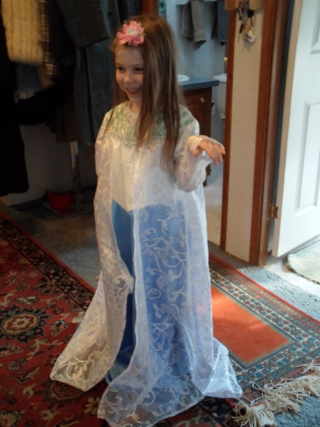 Our friend Marcia made a lovely version for Violet.  She was so happy she held out the "prissy hand". 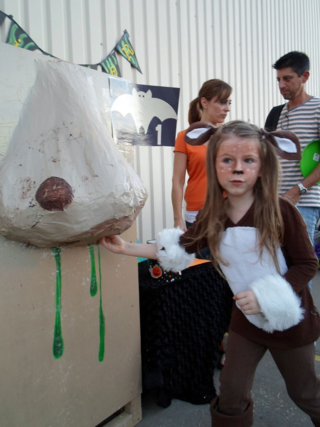 Violet had trepidations about the "Nose Picker Game". 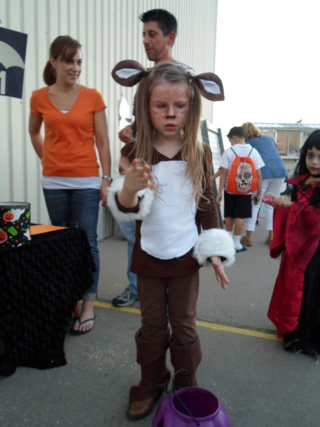 "What was that?" She was horrified when green silly string "snot" sprayed out on her hand.  "I do not ever want to play that game again." 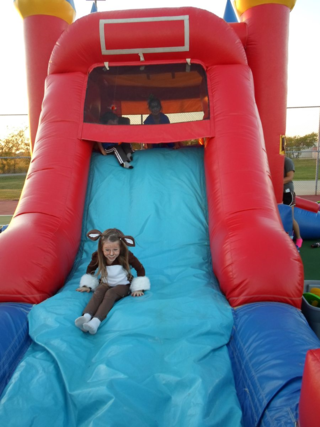 The bouncy house made things better. 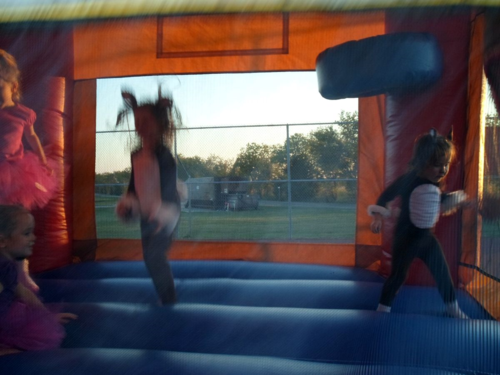 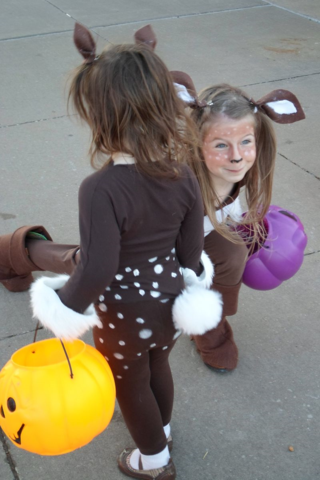 Violet kept lunging.  I have no idea why.  Maybe she thought she was getting on all fours like a deer?  She'd just suddenly bust out into a lunge all night.

Did you guys go to a carnival?  We're about to watch Charlie Brown-it's not Halloween without it!

Do you have a favorite Halloween special? Le snort.  Like they even have "specials" anymore.  You have to be fairly *cough* mature to even know what a "special" is.

To me, it's not Halloween with It's the Great Pumpkin, Charlie Brown.

This is the Paul Lynde Halloween Special.

I'm not sure who this Paul Lynde is, but he is something else.  He has that heavily made up, frantic, slightly fruity and smarmy air that men who hosted these things only seemed to have in the seventies. It features Margaret Hamilton in her only reprisal of the Wicked Witch from the Wizard of Oz. And Betty White, KISS, and Danny & Marie Osmond.