I hope you guys have a great Easter!  We've been dyeing eggs, dancing (well, Violet has), and eating too much candy. 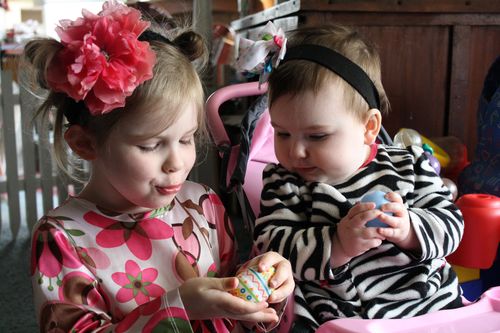 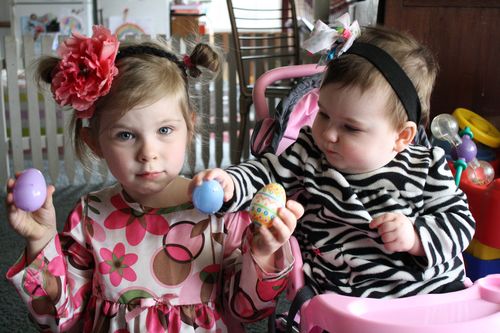 "Mama, Piper's messing up my eggs."

We also have a bizarre wasp infestation.  There are about a dozen wasps in the house right now, and we have no idea where they're coming from.  At least they're very docile. 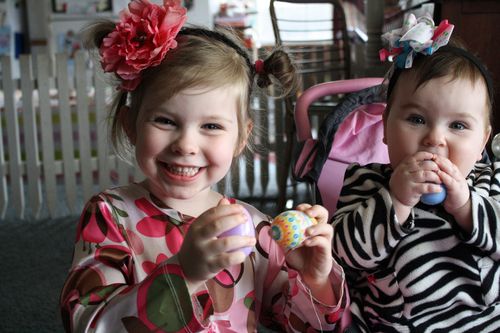 Violet named the wasps.  She says they are all called either Walter and Wanda.  She thought they were fun, then five minutes later she was scared of them.  Go figure. 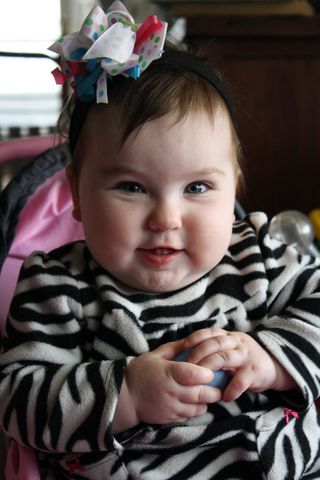 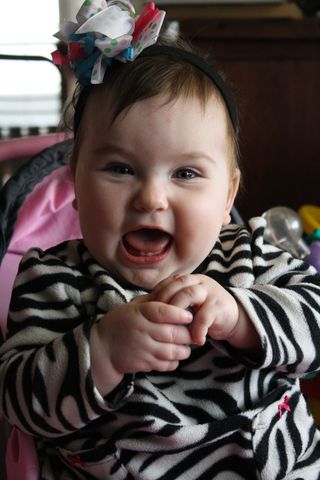 I know everyone loves their babies, but...I LOVE THIS BABY! 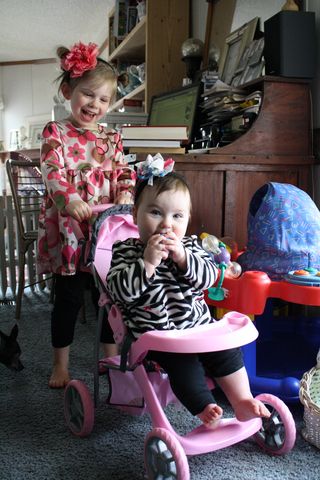 Violet likes to cram the baby into her play stroller.  Or rather, I cram her in there and supervise like the dickens. 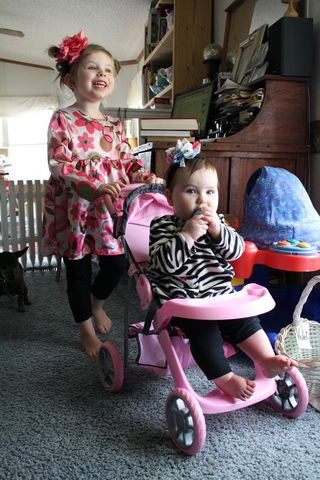 "It doesn't work that way." 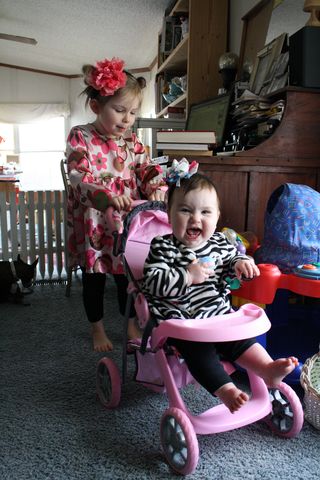 Is there anything better than kids' laughter? 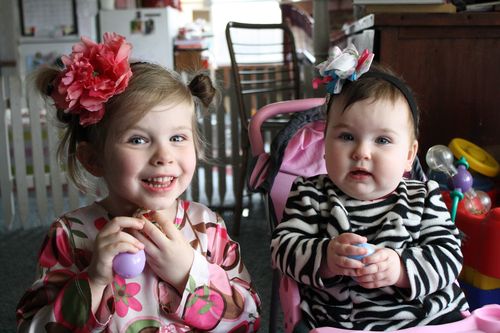 Goodness! I want to squeeze them, they're so darling.....

Adorable!!! Walter Wasp and Wanda Wasp -- that smartypants is good at alliteration already!

Happy Easter to you and yours. :)

They are sooo cute! I have to get ready for church now but I wanted to wish you all a Happy Easter first! Enjoy the day!

Happy Easter Laura! Your girls are so precious!

Thanks for sharing. We love the video.

OMG. OMG!!! The best Easter present ever is this post. (well, OK, I did love my baskets as a kid) Piper couldn't take her eyes off you when you were filming the egg dye clip. As for wasps; I find some dorment ones in the firewood we bring into the house. They scare me so I am not kind to wasps. I would say if you have a few showing up...well, there must be a nest nearby. EEEEK.

Oh, Charlotte! I wish you could share our real days with us.
Easter is so fun. I made--ahem, I mean the Easter Bunny-made chocolates and we used the Sees candy container you sent last year to store them. Violet thought it was sooo funny the Easter Bunny put them in the refrigerator. She imagined him standing on his bunny tiptoes to reach.

Oh those sweet girls. I LOVE that last picture.

And at a moment's notice I can be on my way with a flyswatter. I hate those nasty wasps.

Me again. I had to come back for more time with the girls. Even more adorable than yesterday.