One thing I've been meaning to do for years is scan in all our old family photos.  That's easier said than done with two tiny people in the house.  I'm going to attempt to scan 10 per day.  Wish me luck. (Not that you'd want to, but please don't use any images without permission.) 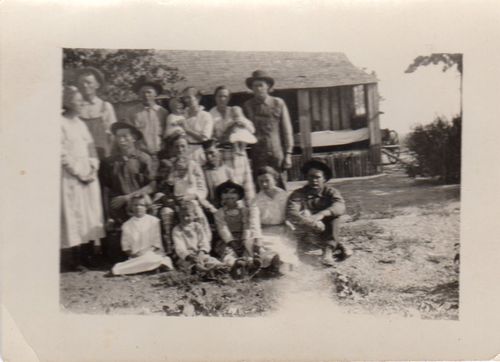 This is on the Smith family farm in 1921.  My great-grandmother Ruby is standing in the back row holding the baby on the right.  My grandfather Oliver is sitting on my great-great grandmother's lap.  Check out the old wagon in the background. 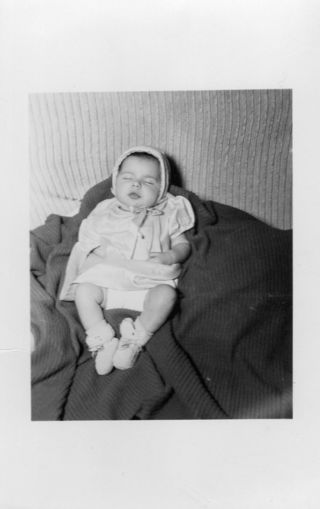 This my mom's sister, my Aunt Roxie. 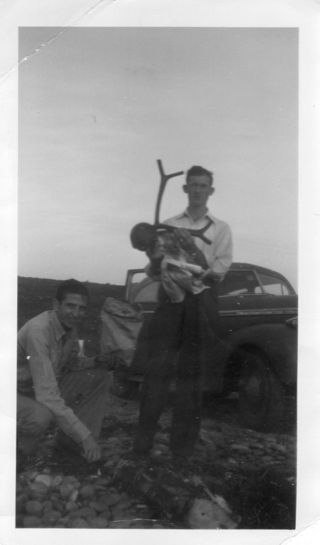 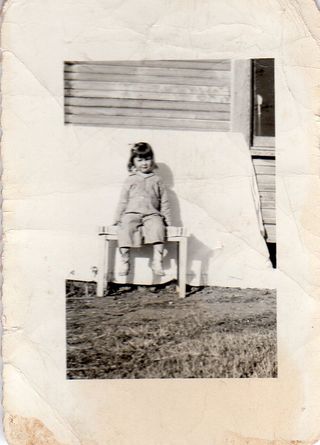 My Granny's little sister, Janie Lee.  Look at those boots!  This is from the late 1920s. 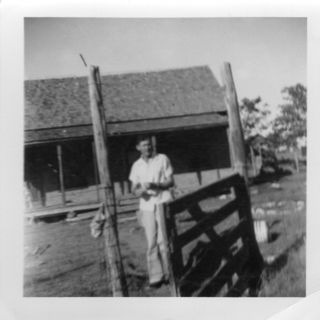 Grandpa Oliver at an old farmhouse west of Ranger, Texas.  This isn't his, but during the same time period (late 1930s) he had a farmhouse with a fireplace out near Okra, Texas.  (That was written on the back of the photo.) The depression hit these areas hard. 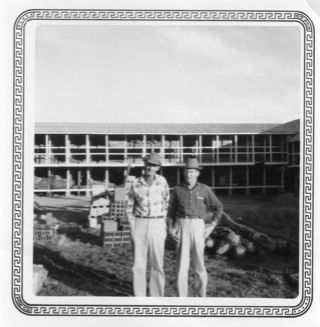 My Grandpa Oliver (on right) at the Rising Star Lumber Yard in Rising Star, Texas. 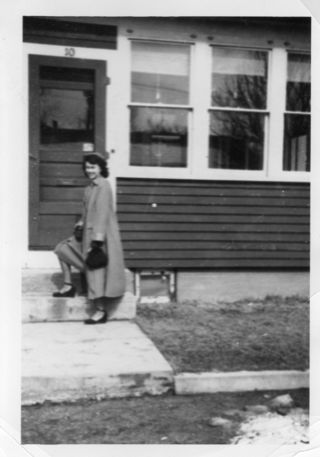 Yvonne, my Granny Smith's sister, in Michigan.  Early forties, I think.  The family always pronounced her name YOO-von-ee, rather than ee-VAHN.  Maybe it's a Texas thing. 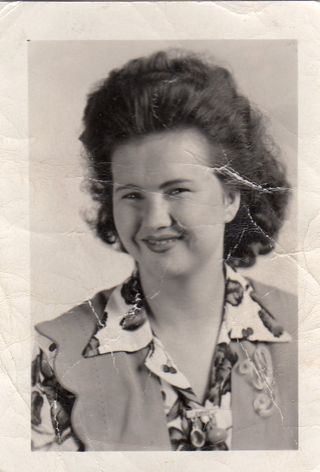 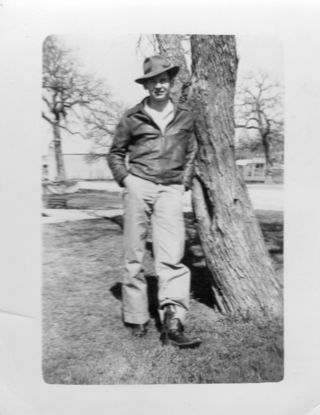 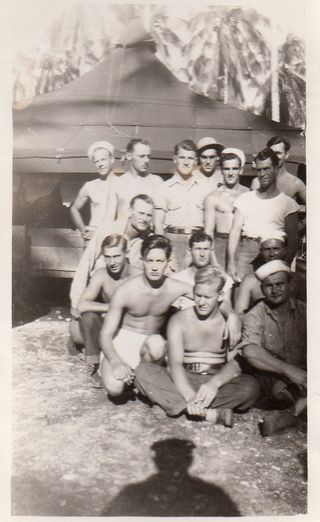 I love looking at old family photos. I collect vintage photos! There's a charm about those old photos, maybe even an innocence. I treasure my own family photos as well as the photos in my collection.

Laura, I love these!!

My mom is named Yvonne. She will get a HUGE kick out of that pronunciation. She loves things like that.

I scanned all the old family photos, about 1000 of them if not more, and it took me 1 week, working on it all day. Fixing each photo as I went. I wanted to jump off a blow up castle after all of that was done :)

But it was so worth it in the end.

I had been meaning to do it for 5 years, and then it just got to a point where I had to be done, print them, put them in albums and give them back to my grandma. So, I have all the family photos scanned in my computer - and I love that feeling.

I also back everything up on 2 external hardrives just in case.

I wish I had more of them, Kimberly! I think Im one of the only people in my family who cares about them, so Im glad I currently have the big ol box to scan them in.

I thought of your mom when I was typing that, actually.
I remember when you were doing that, Vanessa! Its so much work.
And Im not even correcting them right now. To be honest, Im not even sure how to. Youre such a Photoshop whiz--I hope your family appreciated that!

Such cool pictures! I love the shoes Yvonne is wearing in one of the pictures :) I think I'm especially drawn to old photos because my family doesn't have many of them, at least not pre-1960. That's when they immigrated to California. Oh how I would love to see photos of my family before that--my mom and dad as kids, where they grew up, etc. How great that you are taking the time to scan them.

Dont you wish like crazy that someone in every generation was the photo keeper?
Its such a shame to lose a whole family compilation b/c no one is interested.
Im trying to do that for my girls. Even if theyre not interested, Im going to try to drill it into their heads that they need to keep this stuff for people who WILL care.
And Yvonnes shoes are awesome.

I've got some old family pictures that I keep meaning to arrange in an album. Got to get to that one of these days.

I fear that there will be a fire or some weird disaster and Ill lose them all!

My people are from the South, and our old photos look just like this. Really, swap in faces and everything else is exact. Treasures.

Or maybe were secretly related, Charlotte. I sure wouldnt mind.

After my Mom died, our family pictures went on a journey around the U.S. and I ended up with the curled up "leftovers": all my Meemaw, Papa, Aunt Jewell, Uncle Arthur, Great Grandmother Minnie Patman, Pensacola beach cottage, Chatahoochee, Florida, Jettie Mae pictures.....they are the heartstring memory, "Please Remember Me ~ I'm a Part of You" photos.

Look at all your jaunty relatives Laura! Everyone is so handsome and striking......don't you love how everyone wore hats?

My goodness your mother has an alliterative name! It sounds like a song...Charlotte Carter Cooper from Columbus.

Im so glad the photos arent all gone. I loved reading the names of your relatives. Southern names are so soulful.
Adam and I are always lamenting the decline of hats. It seems like young people only wear them as a one-off accessory, not for real.
Real being how men in the fifties wore a hat every single day. Like wearing socks and shoes. You wore a hat. Your outfit was incomplete without it.
Lets bring the hat back, folks!

Wow! You're lucky these photos have been well-kept. It's nice that you thought of scanning these to have digitized copies. This gives the next generations in your family to see how it was like during those days and learn about your ancestors. You should also have photos of your generation taken.