« Tutorials all on one page now! | Main | Monday Morning »

I attended Jenny Martin's class on navigating the publishing industry yesterday.  She was down to earth and amusing and I'd have liked her if I'd met her on the street. ('Cause I spend so much time on out the streets, you know.)

I left feeling excited, inspired, and honestly-a wee bit terrified. But mostly inspired.  I want to touch on two things she said that made an impact on me. Oddly enough, neither of them were about the publishing-related portion of her course.

First, she stressed that action does not equal tension.  Second, Martin's comments on the '10,000 hours to geniushood theory' seemed relevant.  More on that later-I'm certainly not lumping myself into the genius category. 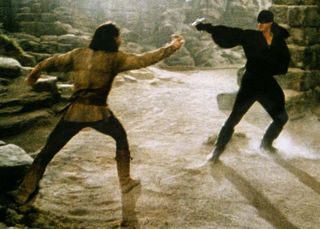 (I'm paraphrasing here) A robot battle packed with action is exciting.  However, if well written, a typical dinner party scene can be much more tense than the robot battle if it's filled with complex interactions between characters.

The takeaway for me?  I need to up the conflict in every scene of my book, preferably with more emotional and internal tension.  Inigo and the Man in Black can duel, sure!  That's exciting.  However, they need layers of complexity and high stakes to make the scene more interesting.   Past grudges and personal insecurities should be bubbling under the surface. 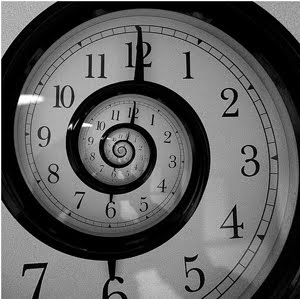 2.  You need to put in 10,000 hours to be a genius at something.  All right, this is a gross oversimplification.  For our purposes, though-Malcolm Gladwell theorizes that you need to practice something 10,000 hours before you hit the imaginary line where you cross over to the genius/expert level.

It's safe to say I'm nowhere near 10,000 hours of novel writing.  Even if what I'm doing isn't working, well...I'm still working.  And that will count for something eventually.  I'm learning my craft.  I'm figuring things out.  I'm going to have to embrace mistakes to improve.

So what do I need to do now?  Keep writing.

(The theory comes from Malcolm Gladwell's Outliers.  It's a really intriguing book. Here's an NPR interview with Gladwell.)

I translate that to my art as well.

Thanks, Kimberly. I really want to make it part of my daily routine. I tend to carve out large chunks in spurts...like a furious novel writing session during NaNoWriMo. Then, I neglect the daily aspect. I want it to be a practice, like a yoga practice or a spiritual practice. Im having a hard time managing my time with two small children, though. They wake up EARLY and then require near-constant attention all day long. By the time theyre in bed, Im pretty pooped. Im experimenting with different ways to steal that time, but Im feeling pretty energy-drained. How did you work your art into your life with younger children? Any advice?

Everything in time.....the girls will be in school full time before you know it. It's easy to get into the "I should be writing" guilt cycle.

But, if you can bam out a book during NaNoWriMo, you're Wonder Woman!

Have you ever read any of Esther Hicks' books? She might be a little out there for some people.....her focus is changing your vibration to make yourself feel better. "The Astonishing Power of Emotions, Let Your Feelings Be Your Guide" ~ the library should have it. If you want to write, something inside you wants to....you can make it happen!