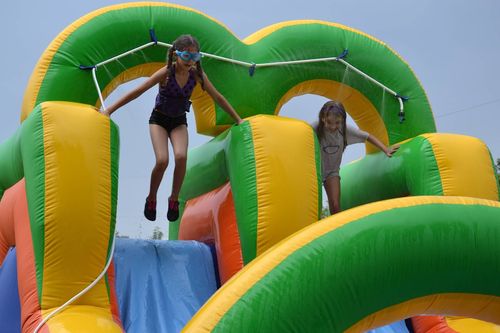 My friends the Blaylocks have an annual 4th of July party. They rent an awesome water slide for the kids. (My friend Angela took all these great photos---I was too busy with Piper to take many shots.) 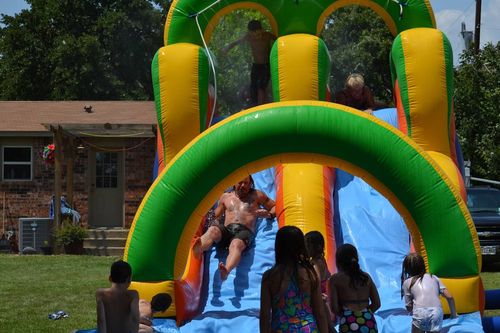 The best part....the grown-ups play on the slide, too!  There was also a grown up snow cone cart--the truck kind that drives around with a window that flops up.  They had goodies like Black Velvet snow cones with specialty vodkas, Red Velvet Cake snow cones with raspberry liqueur, things like that.  (I didn't have any, but maybe I'll try them next year.) 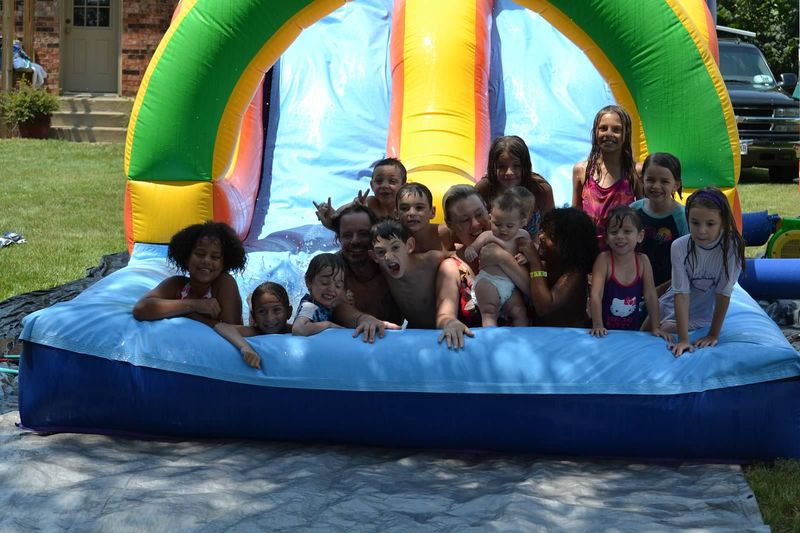 Boy, my friends and I keep having kids!  The first year, there was only one toddler in a kiddie pool. 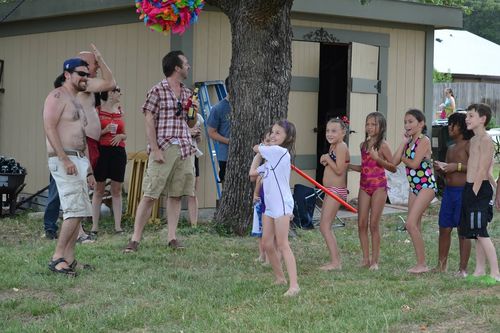 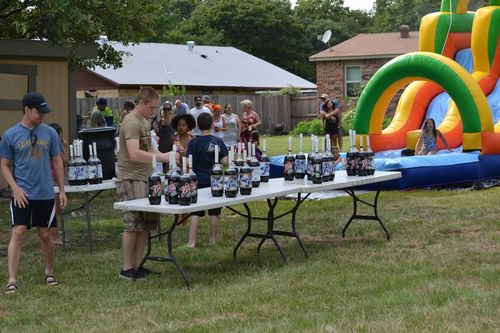 They made a bunch of these crazy Mentos & soda rockets.  The shoot up into the air and make a delightful mess. Kids love these! (One of the partygoers is an awesome science teacher.)

The food's always great, too.  I love a good pot luck! 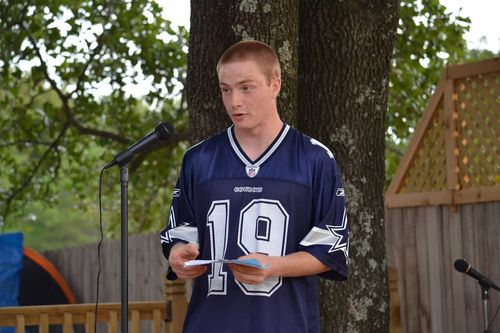 There were Shakespearian parodies on the deck, too.  This is Dusty, the hosts' son.  He is such a great kid.  Well, I guess he's more of a man now.  He'll be joining the Marines (like his Dad) soon.  We're all so proud of him---he's a great kid and a great American.  I can't believe this is the little boy that used to sit on my lap while I snuck him too many popsicles. 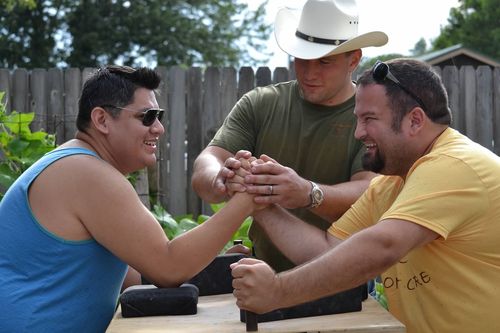 It's so nice to see old friends.  We finished up the night with a great fireworks show. 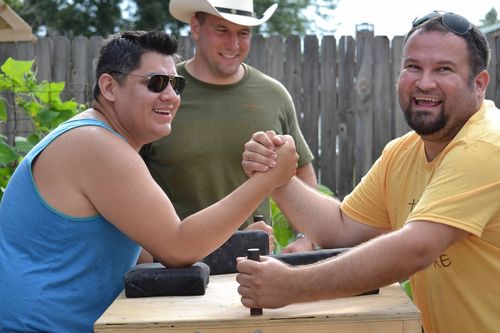 Adam brought along his arm wrestling table, and I brought over 100 canvases to give away. Never come empty handed, I say! After the water heater incident ruining so much of my artwork, I took a good long look at all the art hanging around.  I decided to let go of most of it.  I only kept a few favorite pieces.
Thanks to Jill for reminding me that....."Your art is on the INSIDE." 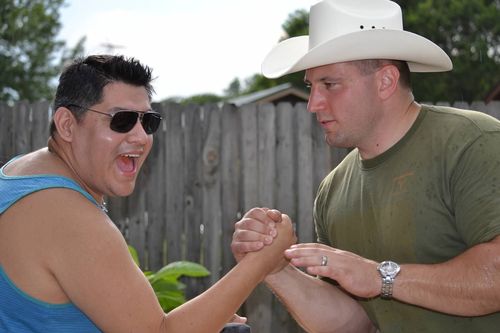 Steve (in the blue tank top) is a dear friend from college.  We were both involved with the theater department.  He's very flamboyant and fabulously happy.  He wouldn't hush and take arm wrestling instructions...he was too busy mugging for the camera.  He's too busy saying, "Heeeey!"

Bob had on a yellow shirt that said, "Honey Badger Don't Care".  I had to admit I'm not cool or hip enough to get it, so they directed me here: (or watch below)

Goodness!  Honey Badger Don't Care, I tell you. I warned you that was a bit off-color, didn't I?  Don't say I didn't warn you.

That looks like a fun party. I really like it when the adults have just as much fun as the kids. Hmmm, adult snow cones. My friend Ellen would like that...she's into all the flavored vodkas.

What a wonderful tradition! Fun for everyone. I'm sure Violet had a blast. The red velvet snowcones sound yummy. That was so nice of you to give away your canvases, now everyone can enjoy your talent!