Violet is going to a 2 day a week Parent's Day Out program at a different location for the summer.  We loved her old school, but they don't meet during the summer. At Violet's new school , she will be sleeping on a nap mat.  At her old school, each child had a crib, but I guess she's too 'grown up' for that now.  Sniff. 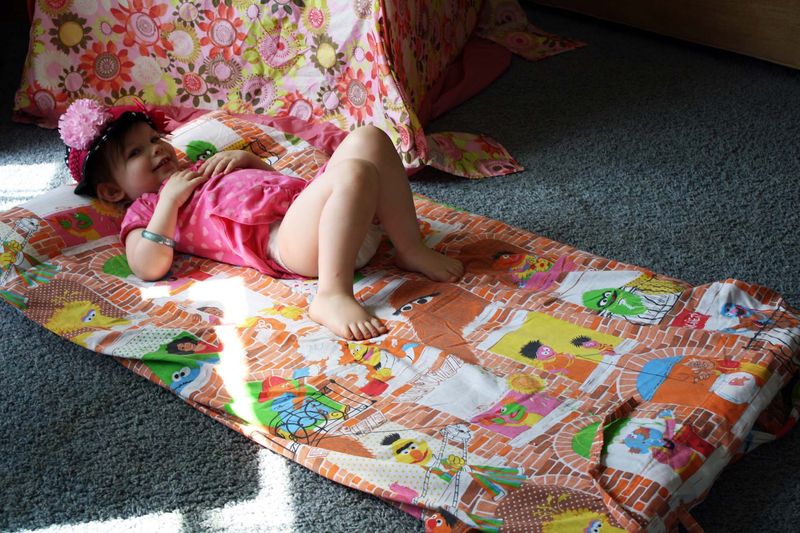 I decided to make her one out of stuff I already had at home.  I loosely followed this tutorial on Craftster.  I made our nap mat quite a bit longer and a little wider than the tutorial's measurements.Violet's pretty tall for her age, and I wanted her to be able to use the nap map when she's older, too.  It will come in handy for sleepovers, camping trips, traveling, etc. 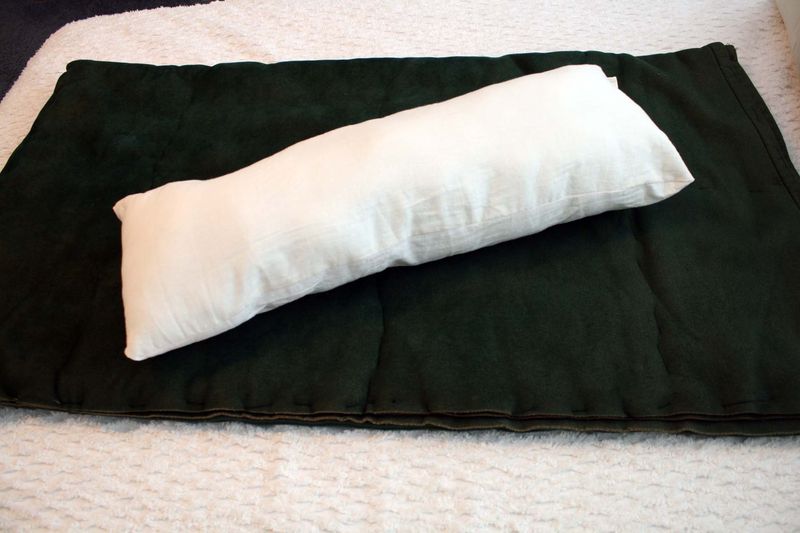 I made the 'mattress' by taking an old velour blanket and folding it over several times.  It wouldn't fit through my machine, so I hand basted it.  Most tutorials I've seen use heavy quilt batting or foam, but they didn't seem like they would be thick enough to be comfy.  I tried this out on the hard floor to make sure it was nap-worthy.  It was quite cushy.

Then, I made a long pillow out of an old set of sheets and stuffed it with fiber fill. 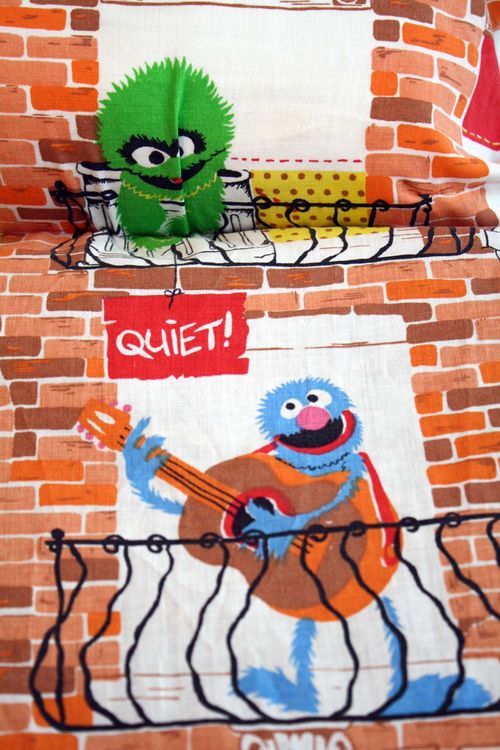 I've had this great vintage Sesame Street sheet for a while.  I've been saving it for something special.  I thought Oscar the Grouch holding a 'Quiet' sign was particularly appropriate for her nap mat. 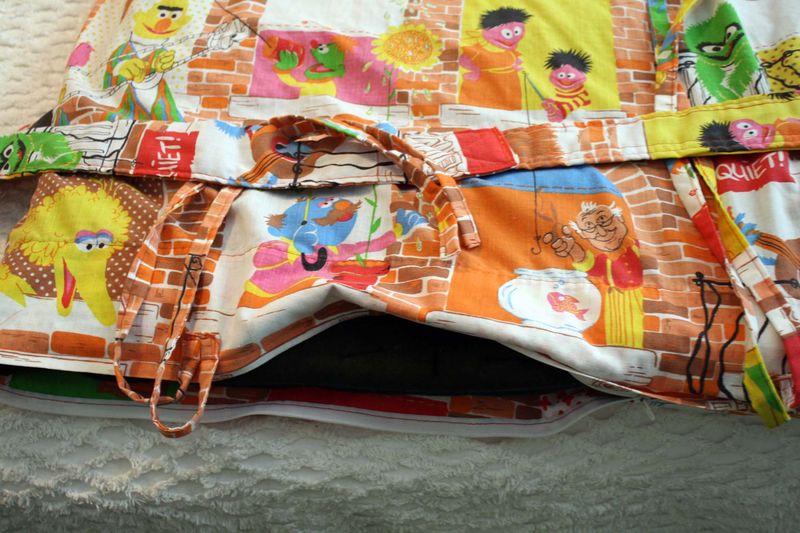 I cut out a big rectangle to accommodate the pillow and mattress. I sewed it together like a pillow case with two openings.  You could sew the pillow and mattress in to the rectangle--that would be easier.  I wanted to be able to wash the sheet, though.  So--I sewed a zipper at each end.  I also added 4 ties to one end, and a reinforced carrying strap.  If you want detailed instructions, go to the tutorial link. 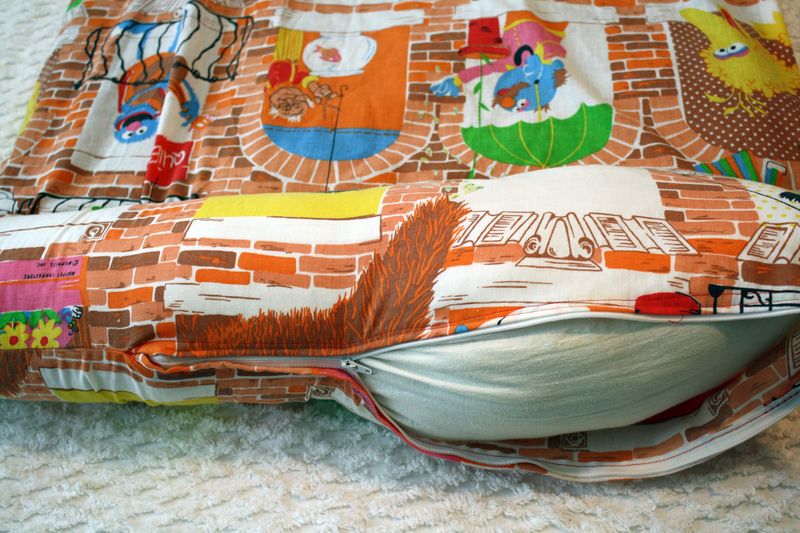 Here is the end with the pillow.  You just unzip it, pop the pillow out of one end and the mattress out of the other and throw it in the washer. 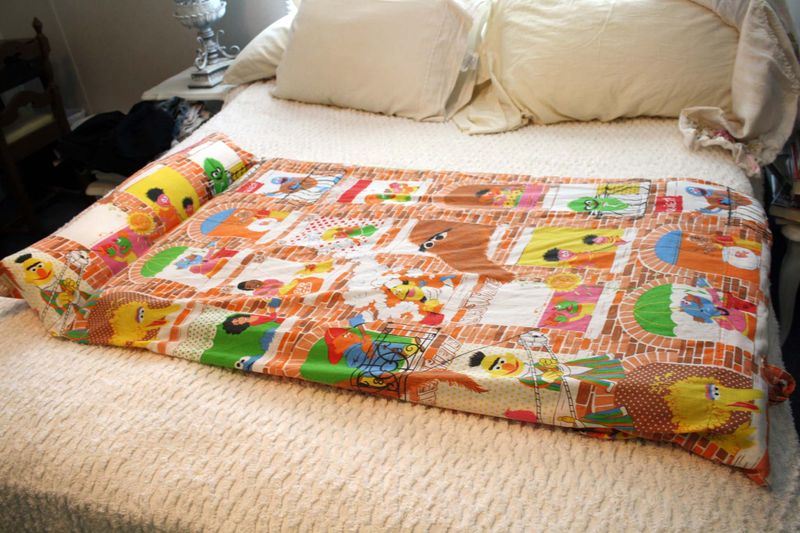 Here it is unrolled on a queen sized bed to give you an idea of the size.  I've seen nap mats that have a blanket sewed into them, but we live in Texas.  Maybe I'll attach one this fall or winter.  I also don't like the idea of a blanket rolling around a germy kid room picking up microbes.  It's like a giant tissue.  Gross. 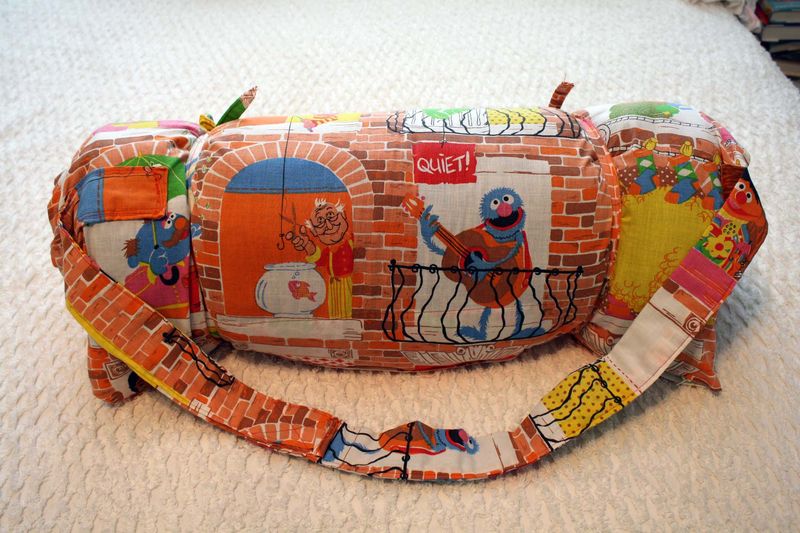 Nicely rolled up and ready to go. 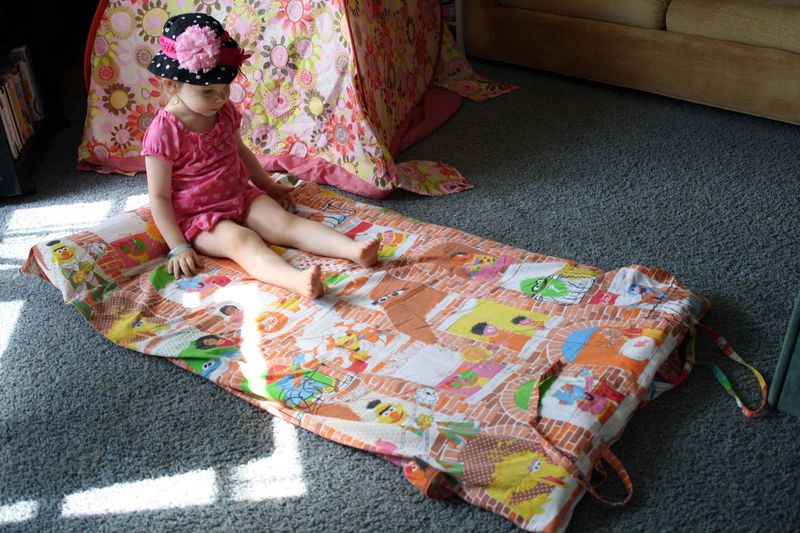 She approves.  She even came out of her tent to try it out. 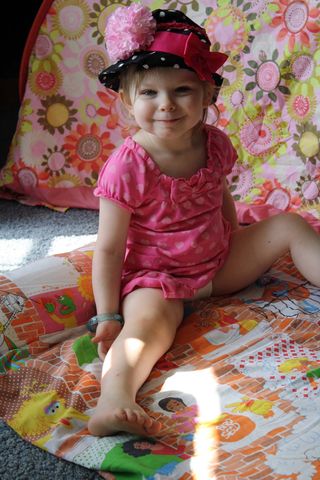 Adam and I tried it out, too. We thought it was comfy. 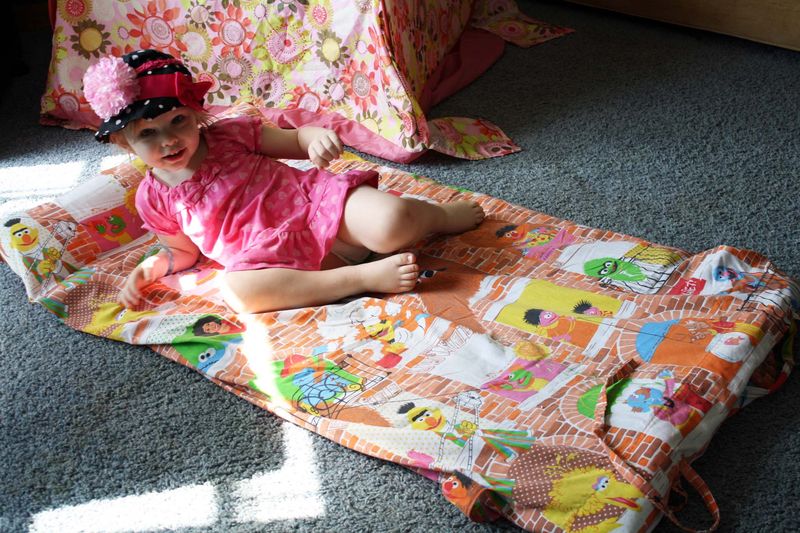 Now getting her to actually take a nap is a whole different ballgame!  She is nap-resistant.

Laura that is sooooooooo adorable! I LOVE that SS fabric.

p.s. you should consider making those out of different vintage sheets you find for your shop..I'd totally buy one! Or three! :)

What a lucky child. Did you construct the tent, too? 'Cause last time I saw baby's tent it was helter skelter blankets.
ps I made watermelon martinis last night. I just pureed the seedless melon, added lime juice and ginger vodka.

Love it! Adding it to my ongoing list of future projects. If you did make the tent as well, post a tutorial. For the love of Pete! :)

Love the s.s. Mat, brings back great memories of what I grew up on.
What a lucky little girl to be sporting that to school.