For "Familytines Day", we went to the Dallas Zoo for the first time. 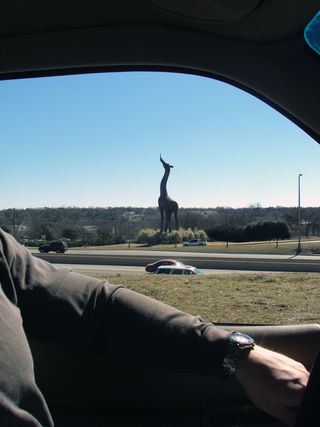 I've always liked the huge giraffe sculpture off I-35. 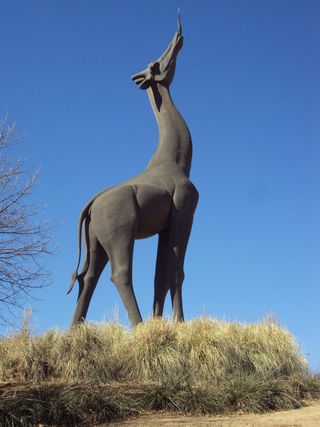 The first animals we saw were the lemurs. 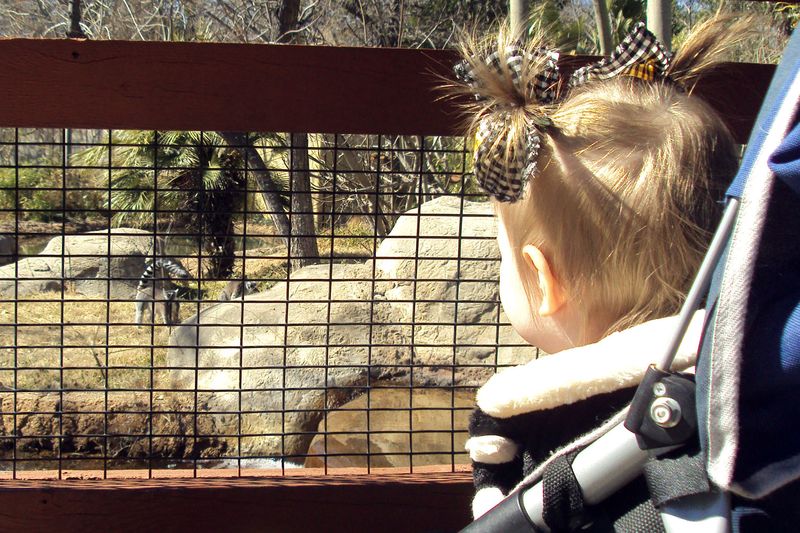 There is a gorgeous carousel at the entrance.  Adam calls is a merry-go-round.  What do you call it? 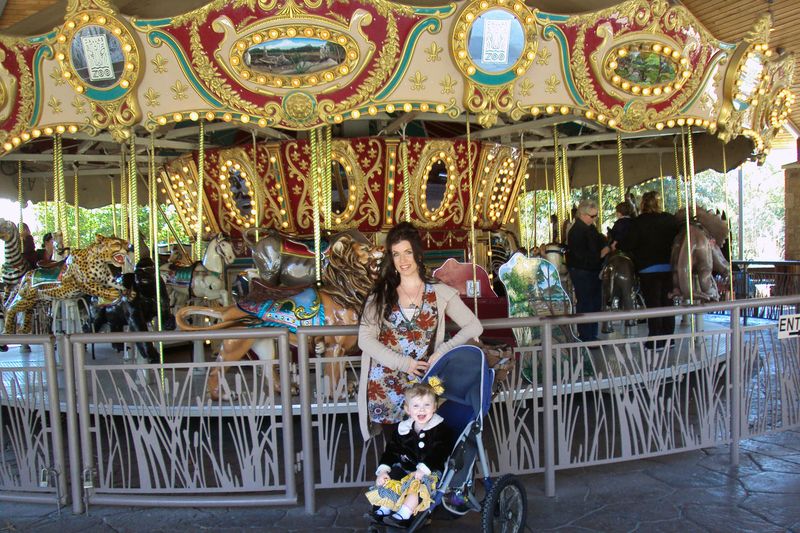 My favorite animal was the hummingbird with a saddle. 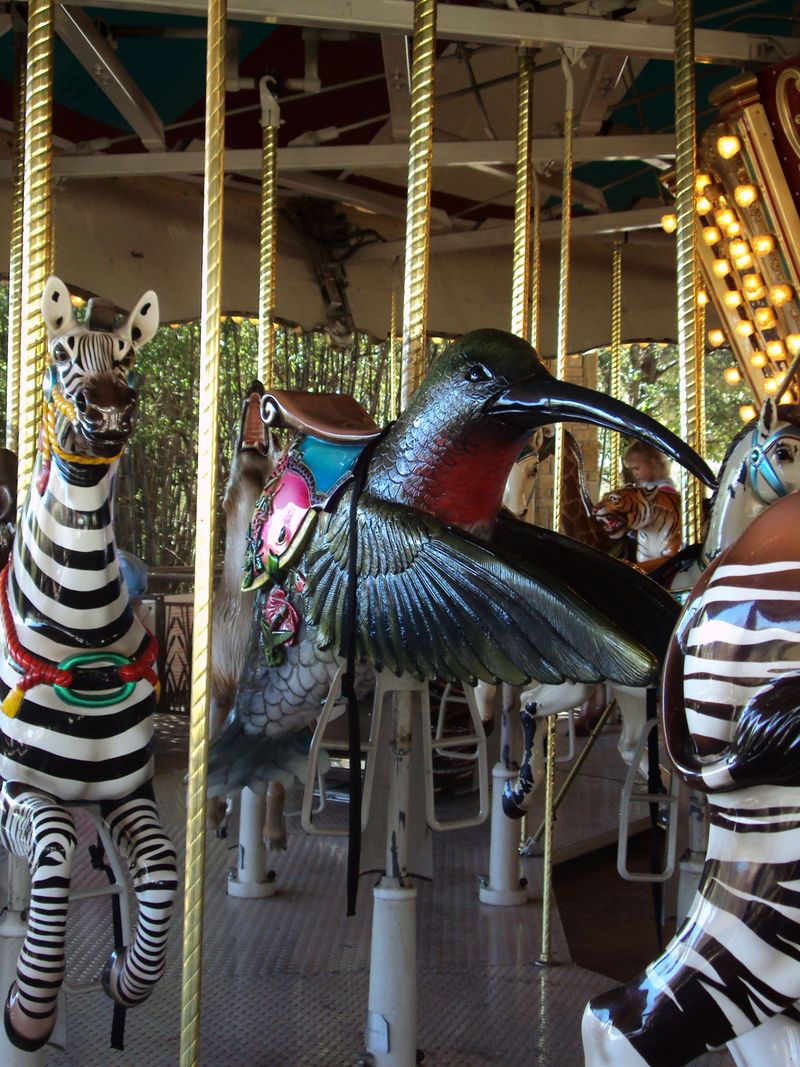 My mother-in-law likes meerkats, so I took a photo of this decorative plate on the carousel for her. 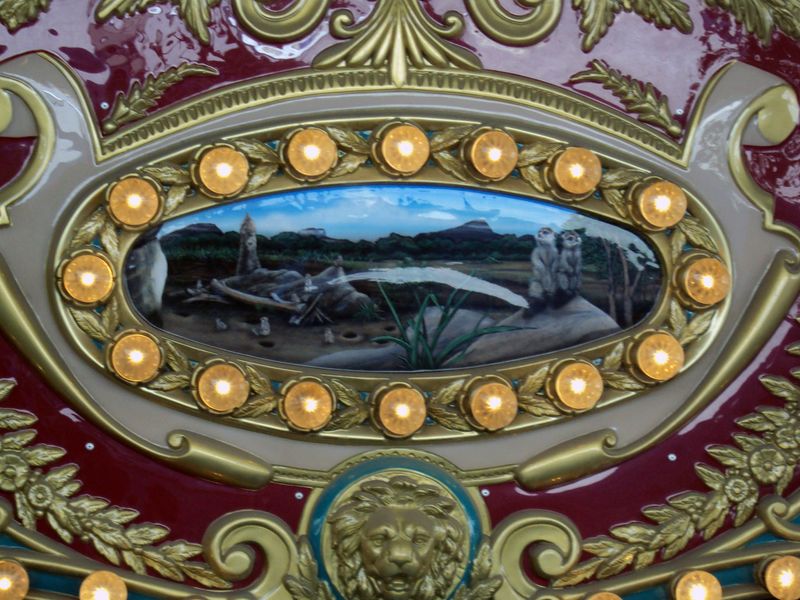 The real meerkats were much smaller than we expected.  They're a little bigger than ferrets, but smaller than house cats. 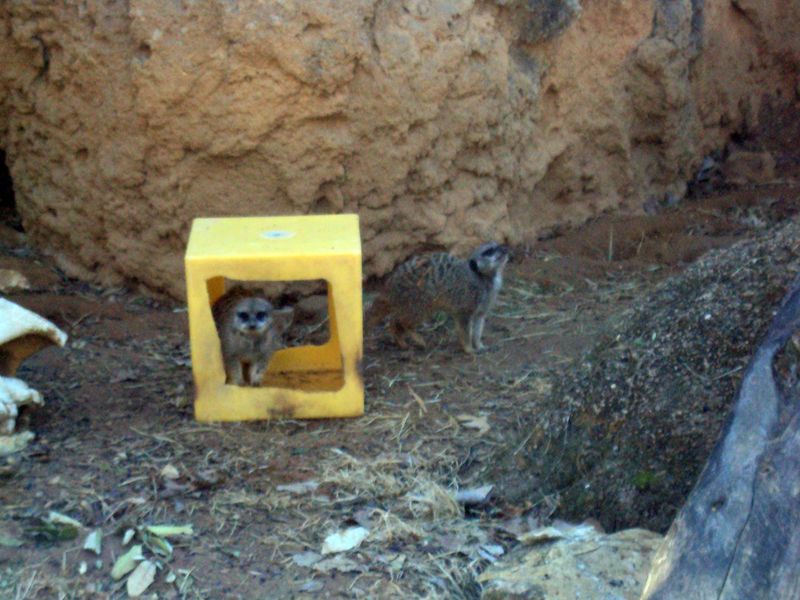 How pathetic is that plastic box?  It looks like a piece of garbage blew in.  Couldn't they at least make it out of some plastic that looks like a rock? 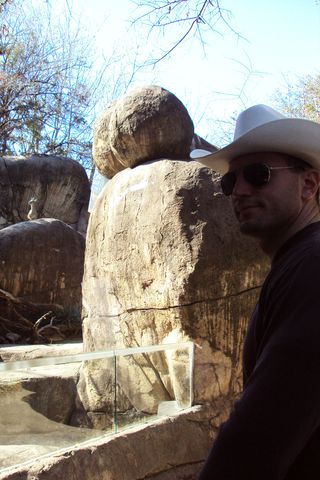 Get ready for the cutest thing in the zoo.  No, not Adam, but he's pretty cute, too. 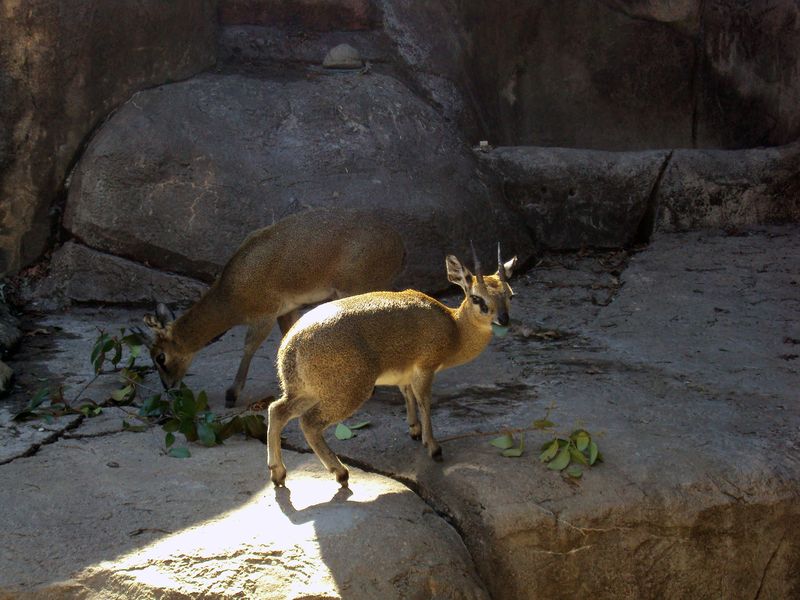 It's called a klipspringer, I think.  Isn't that the cutest little deer you've ever seen? They look like they've got on eyeliner, and their hooves are like strange geisha feet.   I could smell their eucalyptus leaves from outside the enclosure.  Now that I've looked at them a bit more, maybe they're not the cutest thing in the zoo.  Still cuter than average, though. 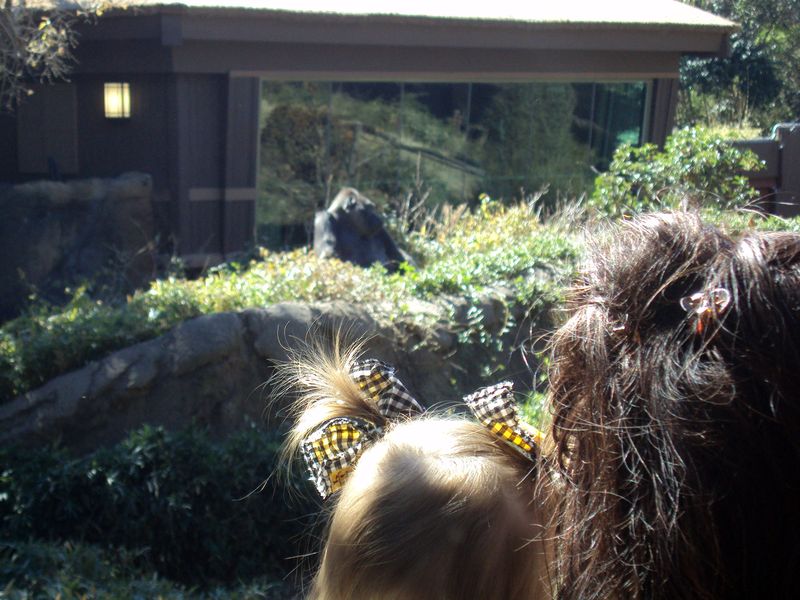 The gorilla seemed to be enjoying the sun.  We only saw one, but I'm sure there are more.  Violet liked the spider monkeys the best.  The chimpanzees, as usual, were doing lots of disgustings things. Okapis are so unusual.  Violet called it the zebra-giraffe. 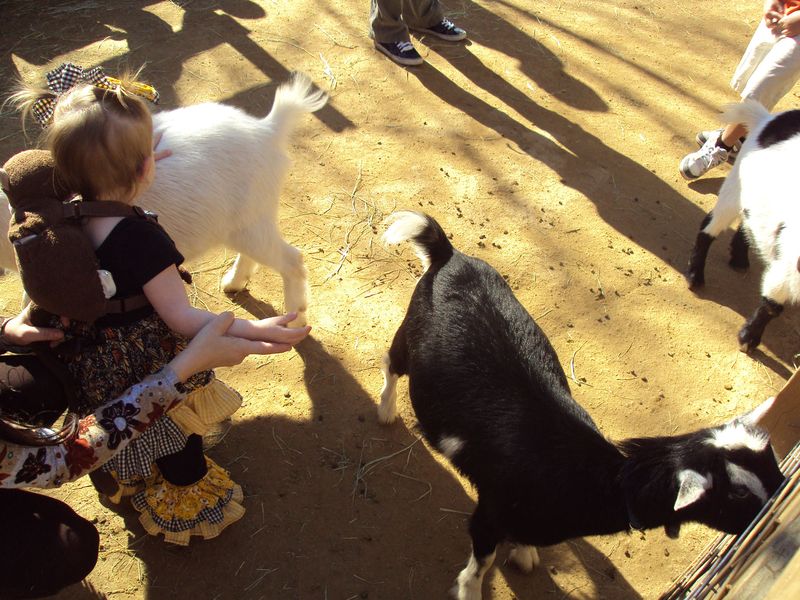 Violet got to hug a goat at the petting zoo!  I had to restrain her from grabbing their tails.  It was a good day.

What a great way to spend Familytines Day. I call it a Merry-Go-Round, and I adore them. For years I so wanted a vintage carved/painted carousel animal for my own. Too rare and too expensive...not to mention takes up a lot of room. Violet's piggy tails are so precious.

You are all so damn beautiful I just wanna slap you! Not slap...just be jealous of you a little. Gorgeous pics! Bran & I were just thinking about carousel animals. Never seen a hummingbird before, fabulous!!!
XOXO~D

Mmmmm...I can almost smell it through the computer. It's about time to go for us, I think. It's been almost a year. I wish Fort Worth wasn't so far...it's a kick butt zoo.

Always good to come across a really thoughtful site,LIKE YOUR BLOG. LOVE LOVE LOVE IT!