Get out your squeezeboxes...it's National Accordion Awareness Month!

Jeez Louise....the ridiculous holidays and 'awareness' campaigns never end, huh?  I'm all for this one, though.  I'm a big accordion fan.  I have a big one and a little silly one that is Miss One sized.  In fact, we just got it out and had a mini accordion lesson.  Miss One pushed some of the keys while I squeezed it.  I'm not sure what the proper word is...probably something in French. 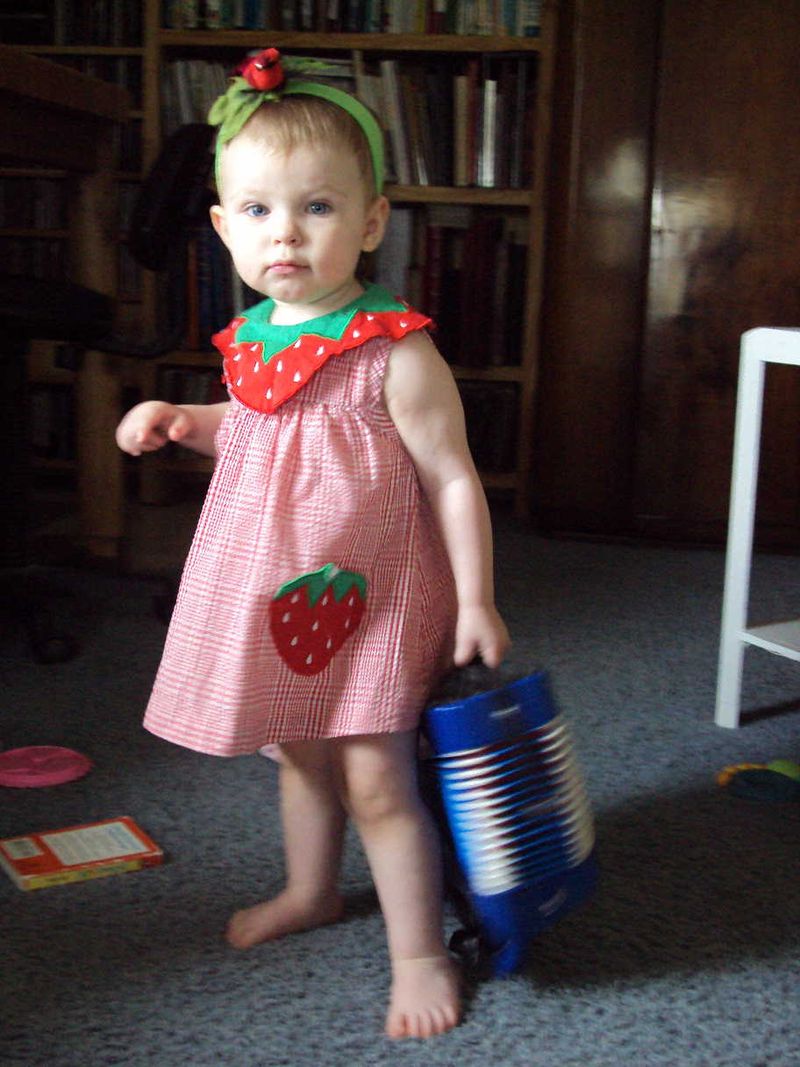 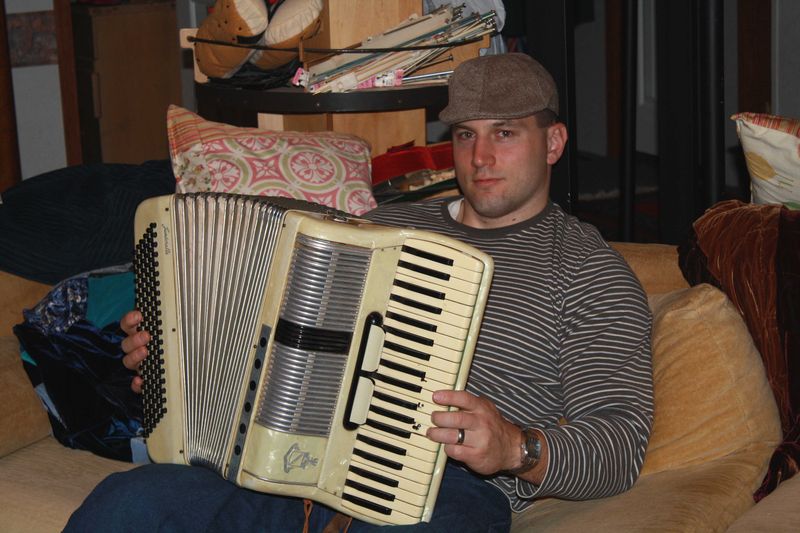 Neither of us can do anything but make noise, but we might get better some day.

From annoying Weird Al Yankovich, to Christina Hendricks (the fabulous Joan on Mad Men), there are more accordion players out there than you might be aware of. 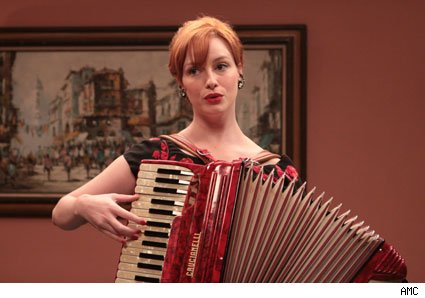 She's just beautiful, isn't she?  That 'painting' in the background cracks me up. 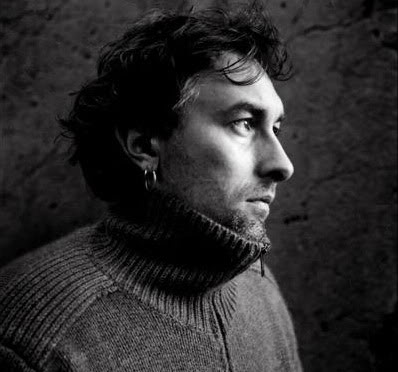 Sigh....Yann Tiersen.  So dreamy.  He wrote and played all the music from the Amelie soundtrack.   Le Banquet is such a great song.  Go give it a listen. 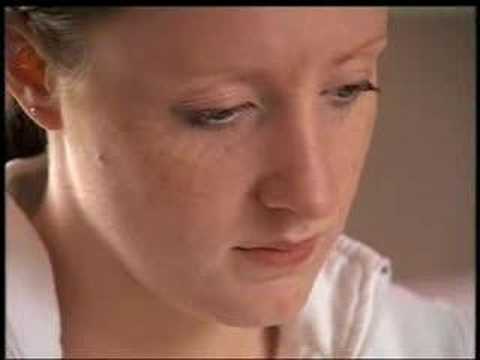 You actually hear the little concertina in a bunch of Scottish music, too.  I really enjoy it with harp....especially pieces by Ernestine Healy and Fionnuala Rooney.  I like how Ernestine gets this far away, almost blank daydreaming look on her face while she plays.  Here is a video nice sample of their music. 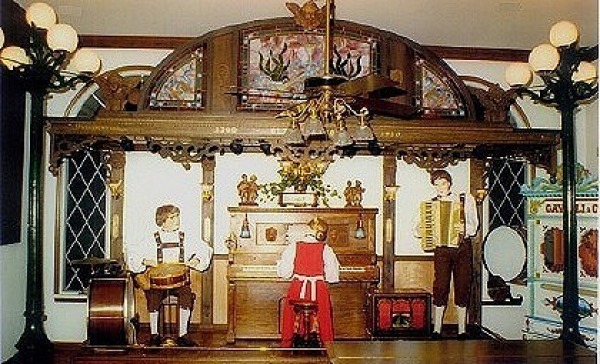 There are lots of creepy automatons featuring accordions.  Here is more info about this one. Accordions seem to attract weirdos, actually.  Organ grinder type music always creeps me out. I think they're technically accordions, too. 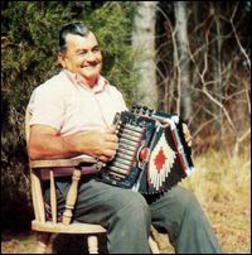 Accordions feature prominently in cajun music, too.  They sound so swampy and spicy.  Here's a clip of Dewey Balfa and Nathan Abshire playing the Jolie Blon.

Here are some random facts from Lady of Spain, an accordion fan: 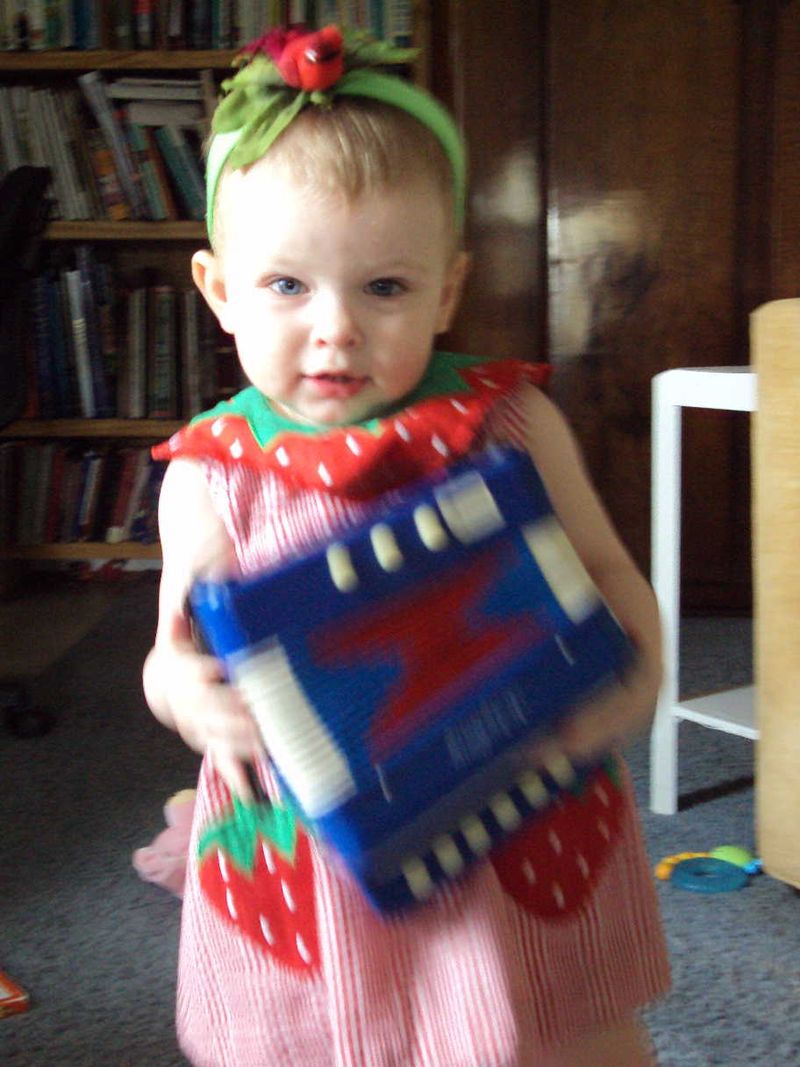 Put some accordion music on during dinner.  You'll be glad you did!

Hey , you forgot Lawrence Welk!Who knew there were so many famous accordian players?
Great post I especially like the traveling accordian and that image of Yann..sigh..so handsome and of course his music takes me far far away:)
Hope all is well~have a great weekend!iotuy

Your daughter is such a cutie :)