I was thinking about crows quite a lot this past week.  (I recently met another nice woman in the area.  Yay!  It's great to meet some people on the same wavelength.) We were talking about crow behavior, and how intelligent they are. I was fascinated by this video of a crow using CARS to crack open a nut.  Here's a video of one making a tool! 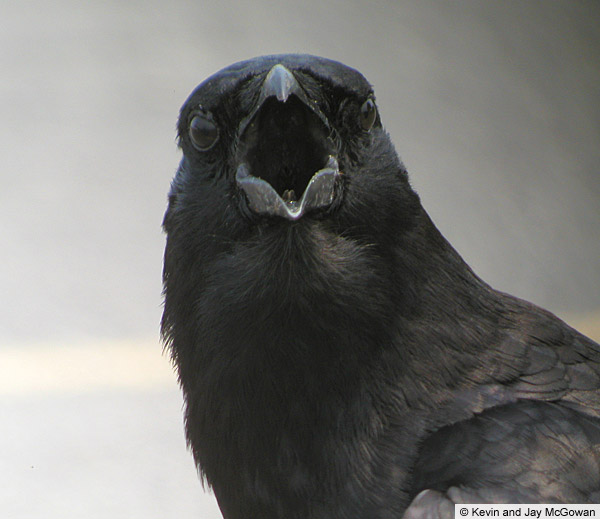 (photo by Kevin and Jay McGowan)

Do you have many crows where you live?  In the country, we have tons, but I also saw them frequently when I lived in town, too.  Most people seem to really dislike crows.  I can understand this for several reasons (they can damage crops, they get into garbage, they're carrion eaters, they're noisy).  However, I think they're a charming, intelligent species that deserves a kinder look. 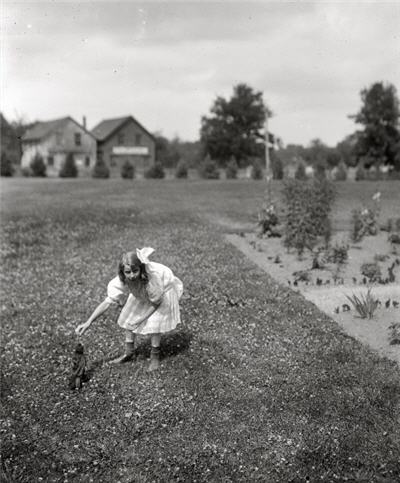 I've heard they make great pets, but it's not a good to keep a wild bird.  Helping a bird that has been injured is one thing, but keeping one for fun is another.  In fact, it's illegal to cage a crow, or any migratory bird, according to the US Migratory Bird Act.

If you find an injured bird, contact a local wildlife rehabilitator.  If you can't locate one, the Adubon Society should be able to point you in the right direction. 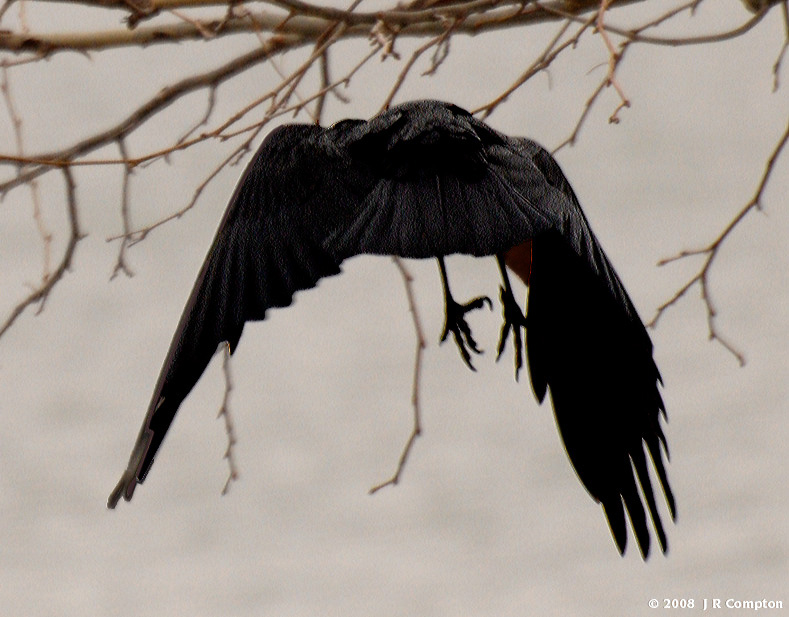 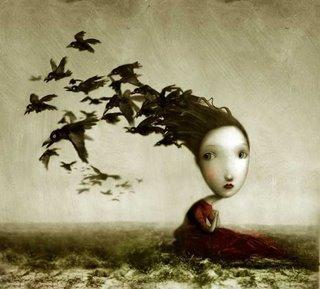 (I think the artist is Joe Sorren-if anyone knows, tell me and I'll credit the image properly.  It is by Nicoletta Ceccoli---thanks for the info, Vanessa!))
Here's a link to a site with tons of interesting crow stories and videos.

I find crows fascinating. I have a flock here, though not year-round. Their nest security can be annoying, as they raise the alarm at 5 am, or as they strafe me on the way to the barn. They chase and try to bite the eagles. Even our ravens don't want to come that close to the eagles.

Now I am wondering if the bird i thought was a raven was really a crow?? WHoley Crow, how to know?

I have to re-read this, I have reading comprehension (well not comprehension but you know, plain attention) issues tonight :)) Because it is cold and I forgot to eat all afternoon and evening, and I am still fuming from the bad customer service encounter you had above ;)...

I think your artiste is Nicoletta Ceccoli... But i am not certain 100% - looks just like her work though...

I love crows...and apparently I didn't realize it until now. Thanks Crow Lady!!! Oh yeah...and your new friend? Don't make me fight for you.
Have a great day!!!!!