You'll love it IF..... you like Shakespearean adaptations, BIG castle-and drawbridge-type books, novels based on historical fact, and pre-medieval Scotland.

You might avoid it IF....you dislike books that require a large map to keep the geography straight, a heavy glossary to help you wade through the cumbersome Celtic pronunciations, and a lengthy family tree chart to help decipher chronology and lineage. 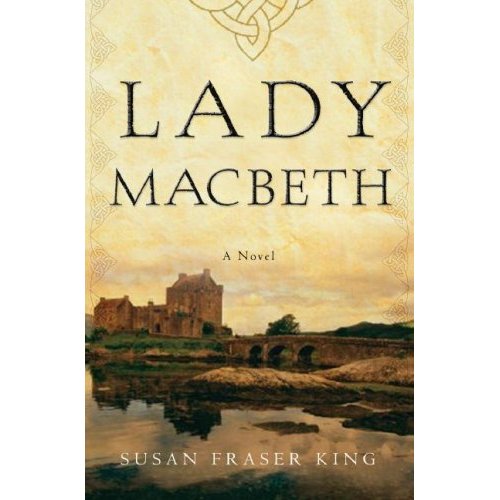 (synopsis from Publisher's Weekly)  Gruadh, the future Lady Macbeth and the daughter of 11th-century Scottish prince Bodhe, survives several kidnappings in her girlhood and, determined to uphold the traditions of fierce Celtic women warriors, learns how to fight. Rue meets Macbeth, whose royal blood is nearly as pure as hers, but her father marries her off to the warrior Gillecomgan, of whom she grows fond. Macbeth kills him during Rue's pregnancy and immediately marries her, as is his right as victor—and there soon prove to be many more compelling reasons for the match. As King Malcolm's tyranny causes unrest, the Macbeths embark on a bloody campaign to win over their countrymen. Based on historical evidence and recent theories of the era, this is an epic tale written in high-voltage prose.

I still can't decide whether I'd like this or not. It's my favorite of Shakespeare's plays, though I know the play is more about the political message he was trying to sell and less about historical accuracy. Just like Richard III.

It sounds like a compelling story, but on the other hand, it also sounds like a bit of a slog. I'm not a big fan of historical fiction.

So I'm still on the fence about this one.