Thanks to my friend Sally for mentioning the 'Pearlies'....I'd never heard of them before. There is a dancing troupe of Pearlies in the Supercalifragilisticdexpealidocious scene from Mary Poppins. (couldn't find a photo of that, though) 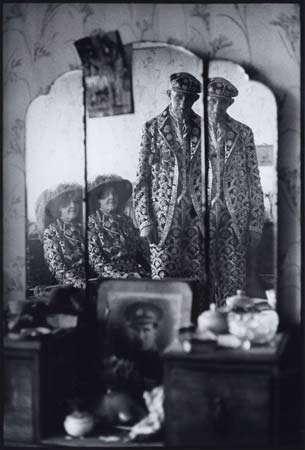 A Pearly King or Queen is a person dressed  in a traditional cockney costume covered in mother-of-pearl buttons.These costumes were treasured heirlooms, hand made and sometime representing much of a family's material worth. 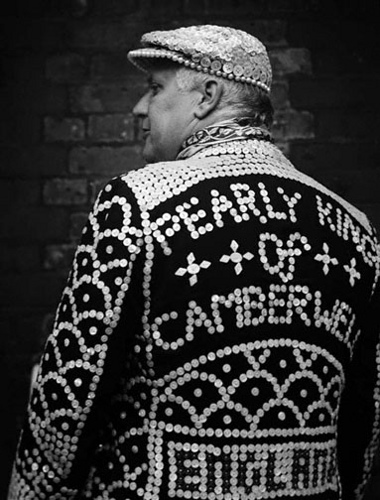 According to one account, the pearlies derived from London costermongers (fruit sellers, hawkers, sellers of a sort) who sewed pearl buttons onto their clothing. An orphan costermonger named Henry Croft collected any pearl buttons that had fallen off others' clothes and covered his clothing with them. Another story claims that in the 1880s a cargo of Japanese pearl buttons was salvaged from the Thames River after the boat carrying it foundered. One of the salvagers, Henry Croft, decorated his suit, hat and stick with pearl buttons, making him the first pearly king. (info from Wikipedia) 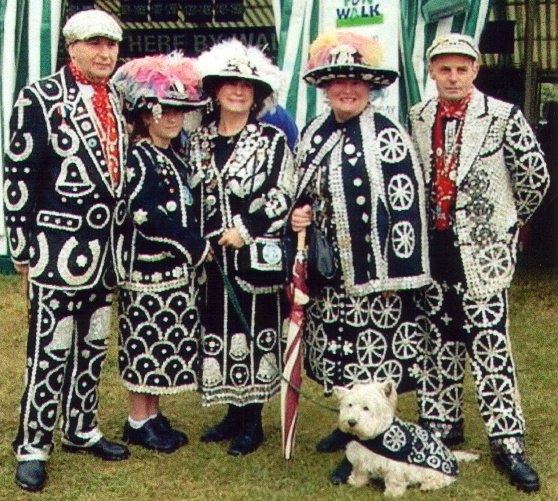 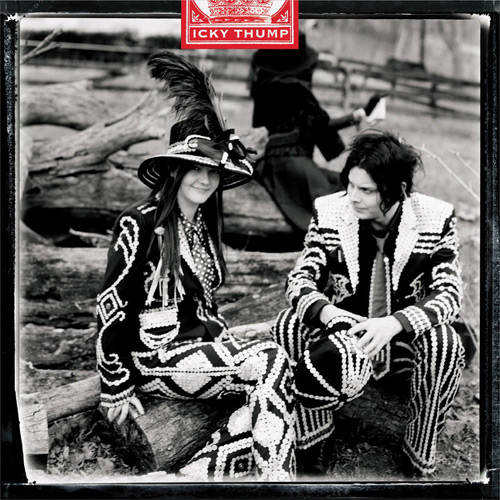 The White Stripes in Pearly regalia from their Icky Thump album cover.