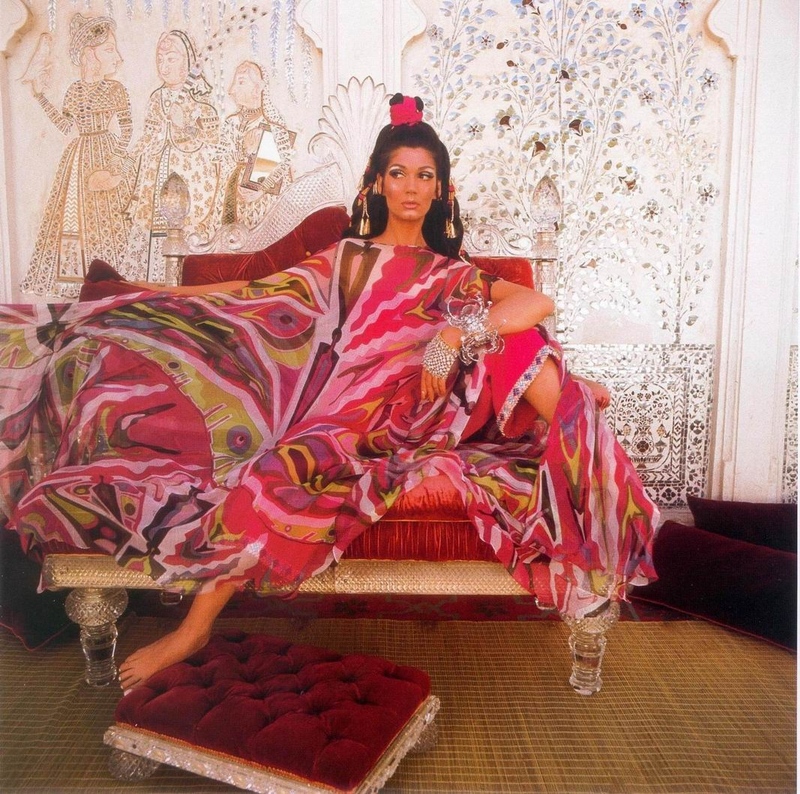 Flowy scarf-dress goodness!  The Lucite legs and finials on the velvet lounge are great. 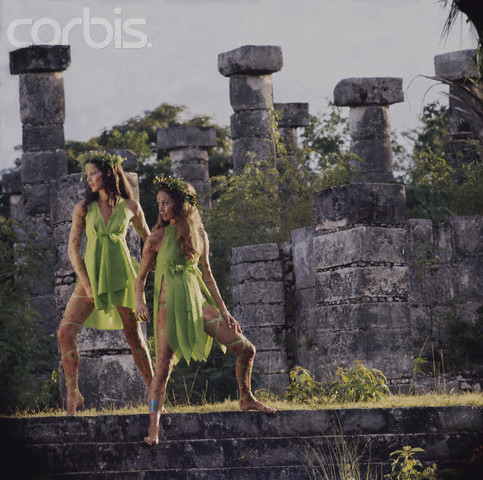 And if, back in the sixties, you found yourself lost near some Cuernavacan ruins and couldn't decide what to wear......voila!  You and your best friend could make leaf headdresses, fashion dresses out of large jungle leaves, around wrap flowers up your legs.  Being stranded in the rain forest is no excuse for looking frumpy.  (however, the girl in the background appears to be having some trouble with her grass bikini....I'd assume they make for uncomfortable undies) 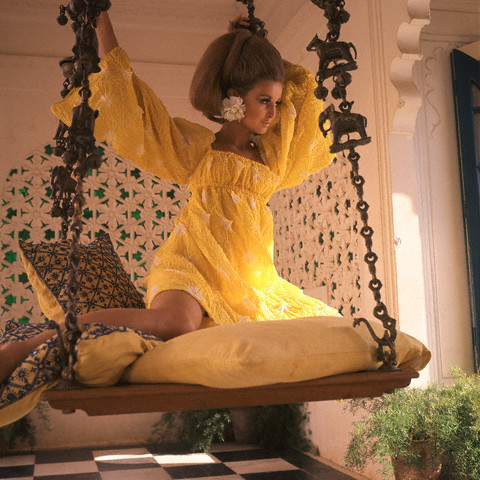 Swing ON, big haired sister of the sixties!  I want a big bed swing, too.  Her hair is ginormous. 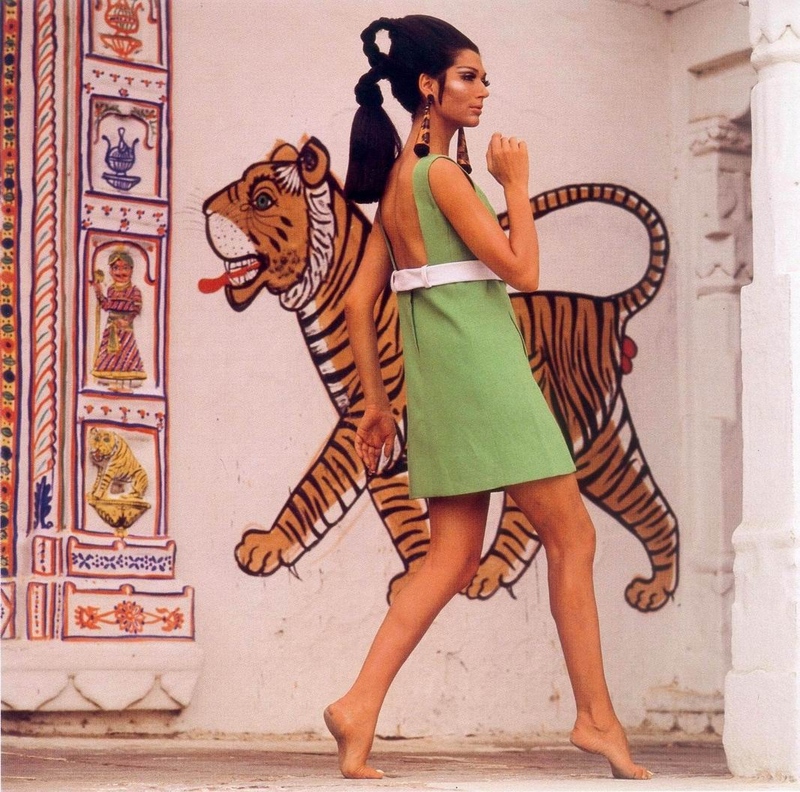 She's tiptoeing so that tiger won't hear her.  Now, is that her real hair, or a curtain tassel? 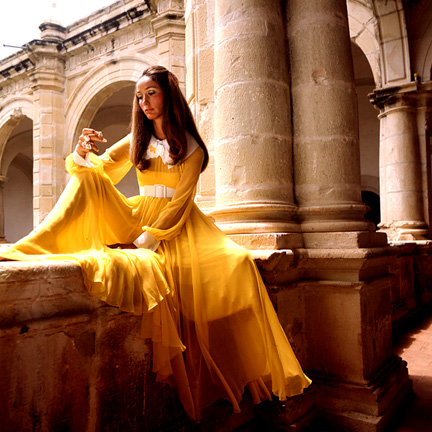 I don't know WHY, but I actually like this.  However, I have a feeling that once you stand up, it would look awful. Once again, unless you stay in constant motion, running down stairways and such, the gown might not be as much fun.  I love the guy's tophat and the big feathery....thing...in the foreground. 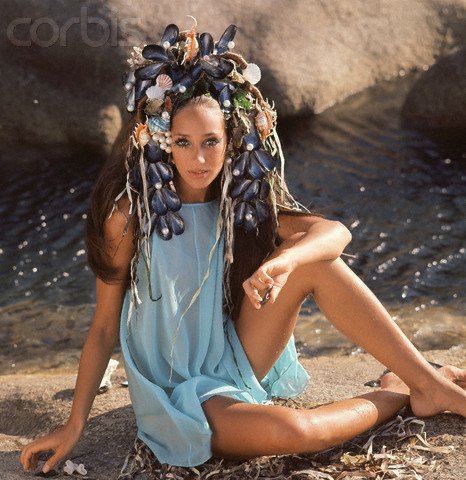 I don't have the words.  I've been collecting mussel shells after I eat them for a few years.  I sometimes collect strange, kind of gross things that I really shouldn't collect.  I've been asking myself for years, "What the hell will I ever use these mussel shells for?"  And now I know.

Aaaahhhh... The decade I was born in. No wonder I find myself longing for classic styles and clean lines, the antithesis of what I got stuck wearing in my formative years. I mean, this is the decade that spawned white eyeshadow.