Poor Bronte!  My wonderful 12-year old dachshund, Bronte Cinnamon Glittersheinz, injured her leg yesterday.  We're not quite sure what happened, but she can't walk on her front right paw.  The emergency vet said to just give her aspirin and benadryl and watch her for a while. 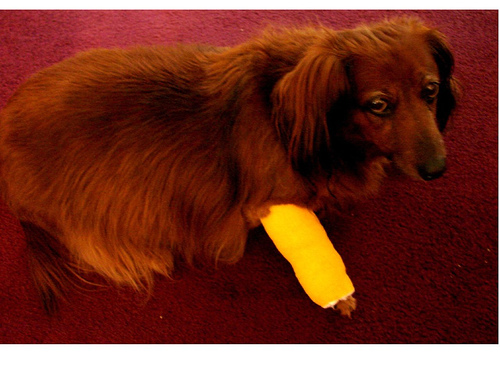 This isn't Bronte.  It's a model re-enacting the drama.  (to protect Miss Glittersheinz's privacy) 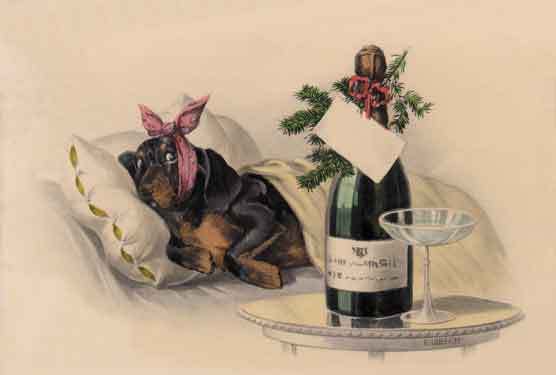 Poor little sick and pathetic dog.  It's heartbreaking to see your pet in pain. Bronte does NOT like taking pills.  She makes 'ugly teeth' at me when I try.  So, out comes the cat's pill shooter.  That is one effective tool.  Bronte is too smart to fall for the pill in a piece of meat or cheese.  She eats around the pill, then spits it back out. So, today we're doing lots of lounging.  I don't let Bronte smoke, by the way.  That's another model portraying Bronte, not Bronte herself.  We do not advocate dachshunds using any form of tobacco.

What an absolutely gorgeous name for a dog.

I'm sorry she's hurt. You're right, it absolutely sucks to see an animal in pain. I don't know about you, but I am wracked with guilt, even if I had absolutely nothing to do with the injury.