All right, all right-----I know this is a lame post, but I LOVE my pets.  (Yes, I also realize that everyone in the world thinks their pets are the cutest pets in the world. Me too. Guilty as charged.)  I don't think I've introduced them to you yet, either.  Not officially, anyway.  So........ 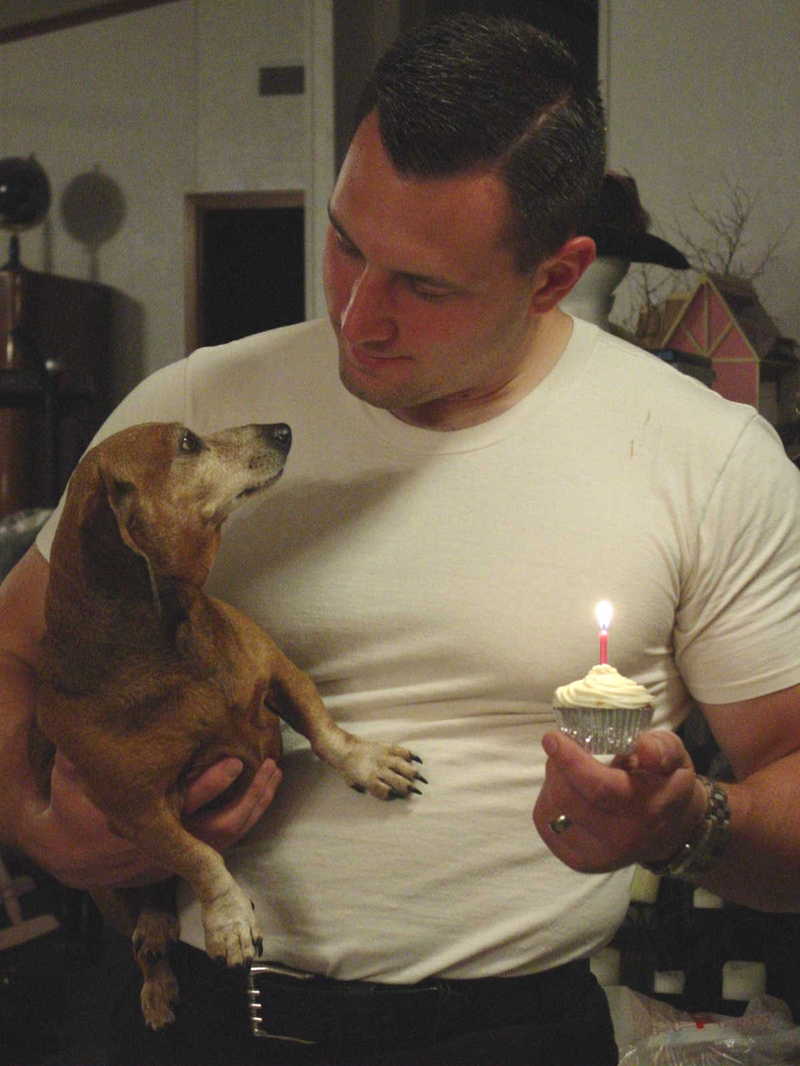 This is Bronte.  Bronte Cinnamon Glittersheinz.  (and Adam...he's not a pet, he's my husband)  She turned 12 years old on April 28th, and is getting elderly.  Bronte has recovered nicely from last week's injury, by the way.  Thanks for asking.  Bronte likes digging, barking, licking, and pulling the stuffing out of toys. 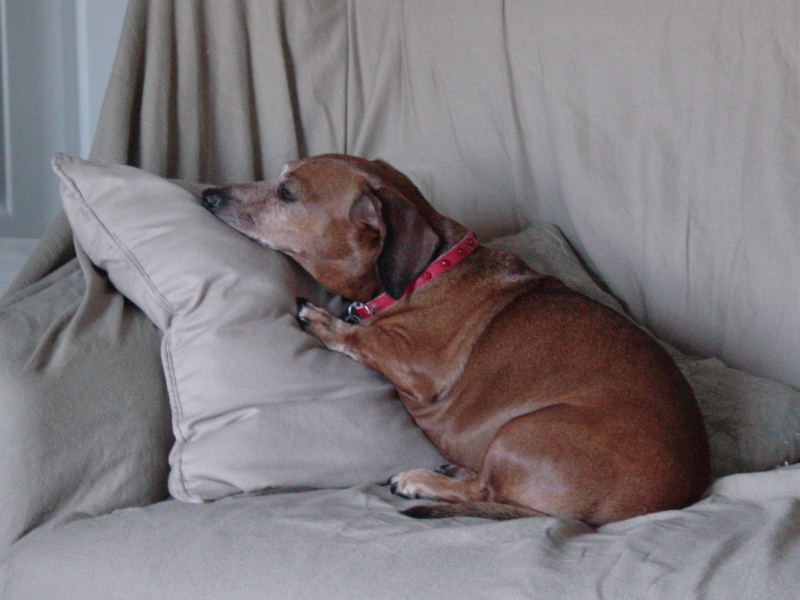 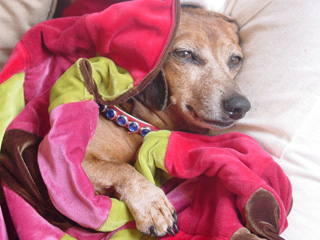 I am sad that she is getting older. 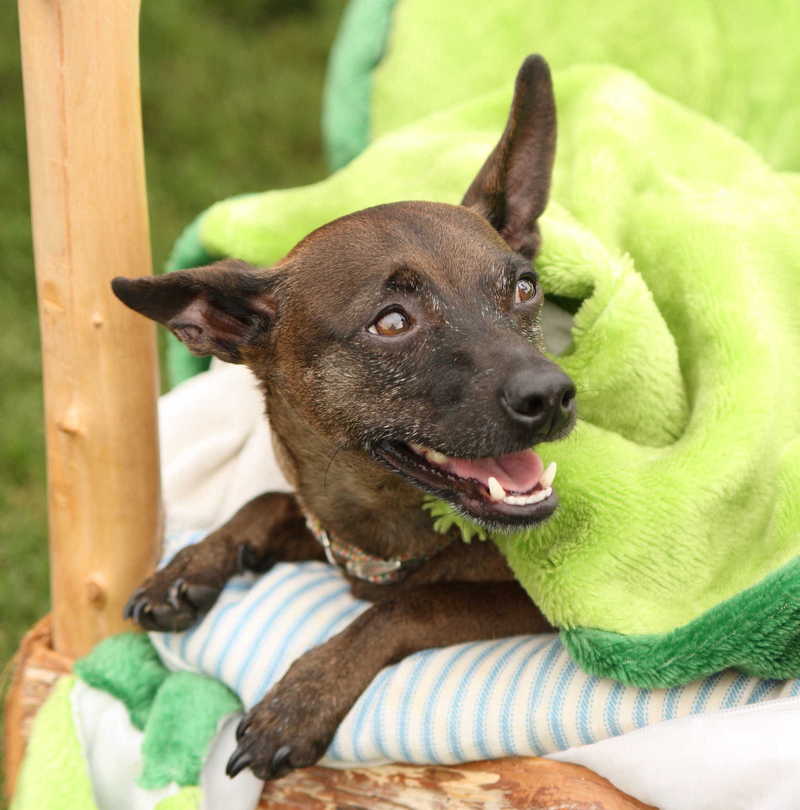 This is my BoyDogSon, Mooskies.  General Melchior Mooskies. He is six. Named after that shortest term president of Chihuahua, Mexico.  He was supposed to be a chihuahua, but the breeder liiiii-eeeed.  And wouldn't return my calls.  Bad woman.  But I wouldn't exchange him for anything---he is superb.  Just slightly dumb.  He likes to wear sweaters, steal socks, roll in stinky things, and chase rabbits. 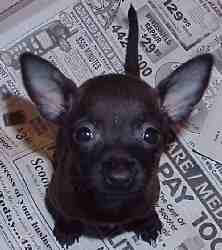 Mooskies (pronounced Moose-Skees) was the tiniest, most adorable puppy.  His head was so much bigger than his body that he would tip over into a handstand while drinking water. 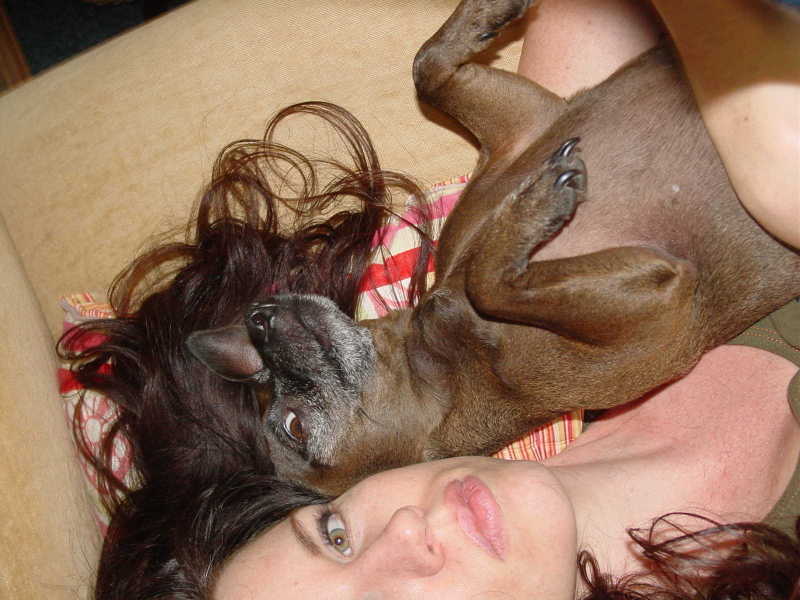 We take lots of naps wearing no makeup.  (oh the shame)  Dog days of summer and all. 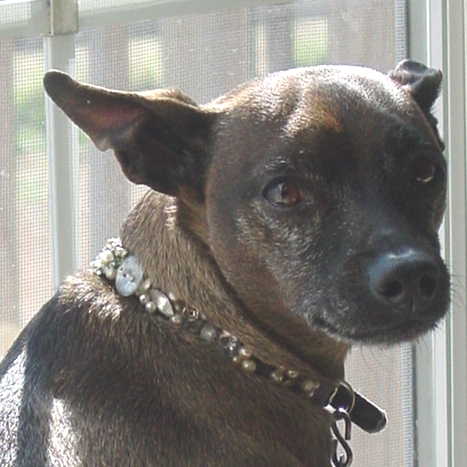 He is very sweet.  I'm sure my mother is counting the photos right this very second and saying, "That's not fair.  You have more photos of Mooskies than of the other pets.  That's not fair at all---you're playing favorites."  Yes, Mama, I am. You're so right. 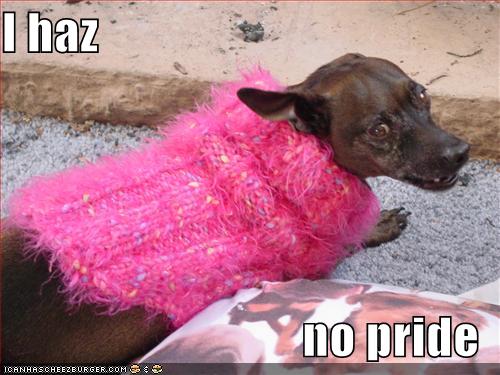 Mooskies is dumber and needs more love.  And photos.  To boost his self-confidence. 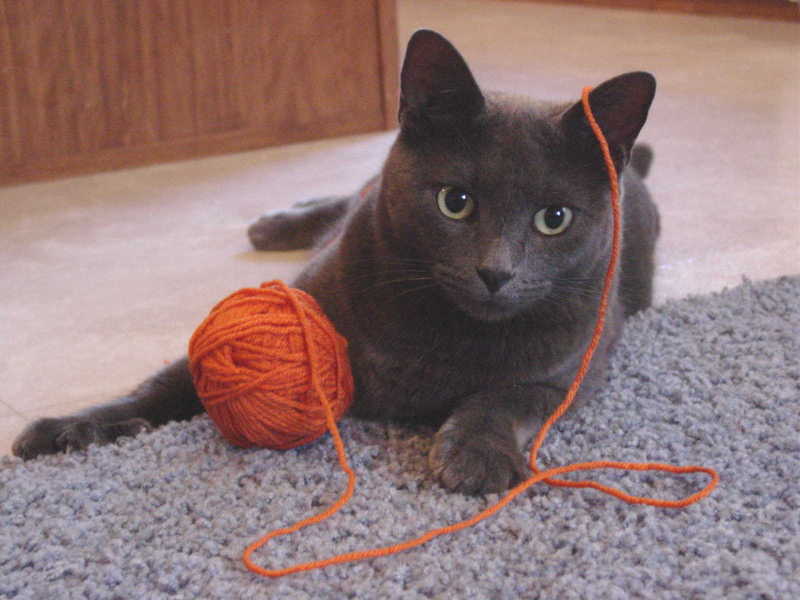 This is the youngest---Clyde J. Cat.  He is 4. We don't know what the "J" stands for...he won't tell us.  He likes to hit the dogs, play with yarn, and leave decapitated mice around the house.  Clyde is a 'Daddy's Cat', which makes me a little jealous. Here he is being the worst kind of cliche. 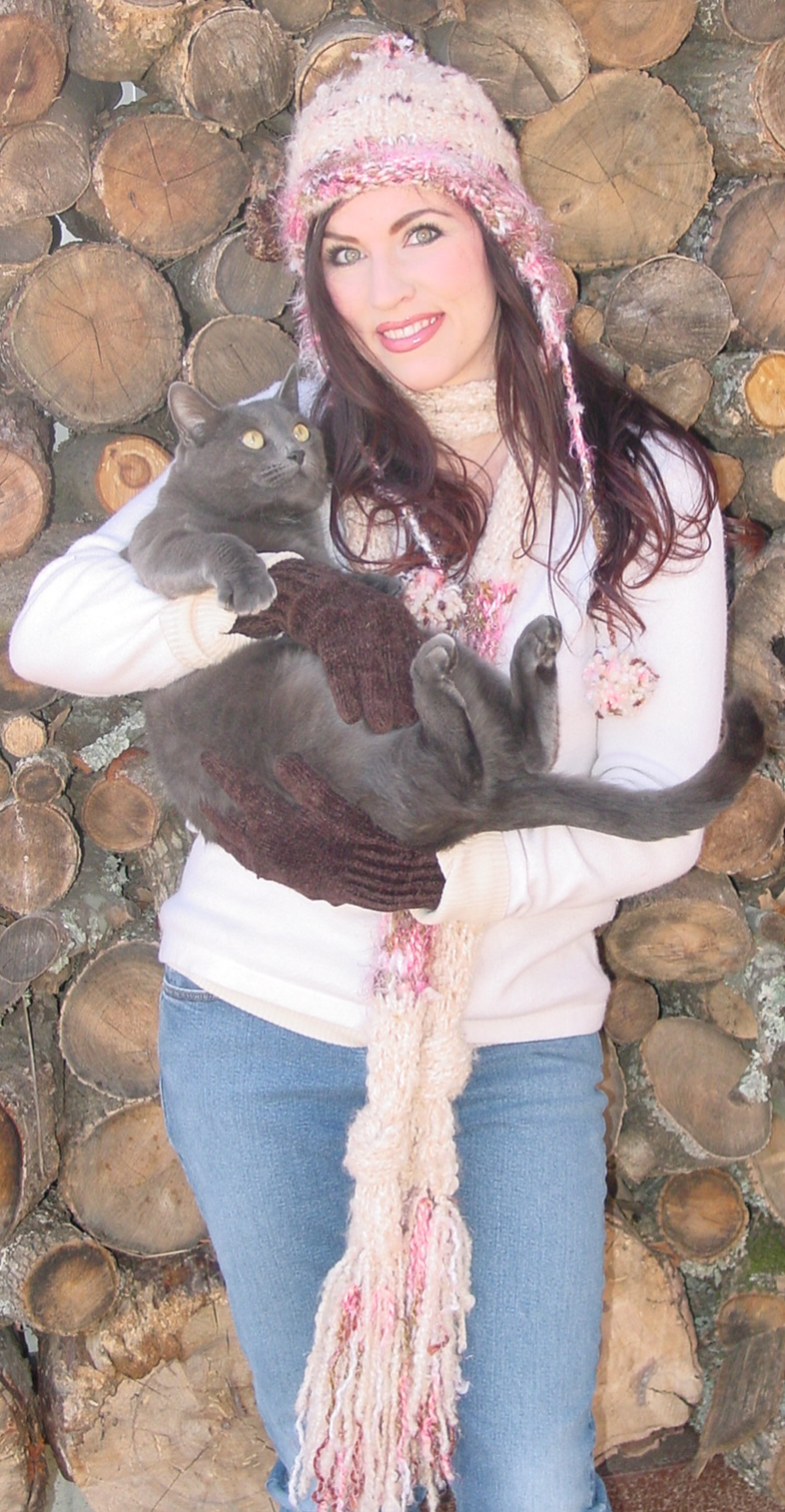 Clyde seems to like me best during the winter.  I'm not sure why.  Maybe he's just cold and tolerates me because I wear warm sweaters and sit by the fire most of the time. 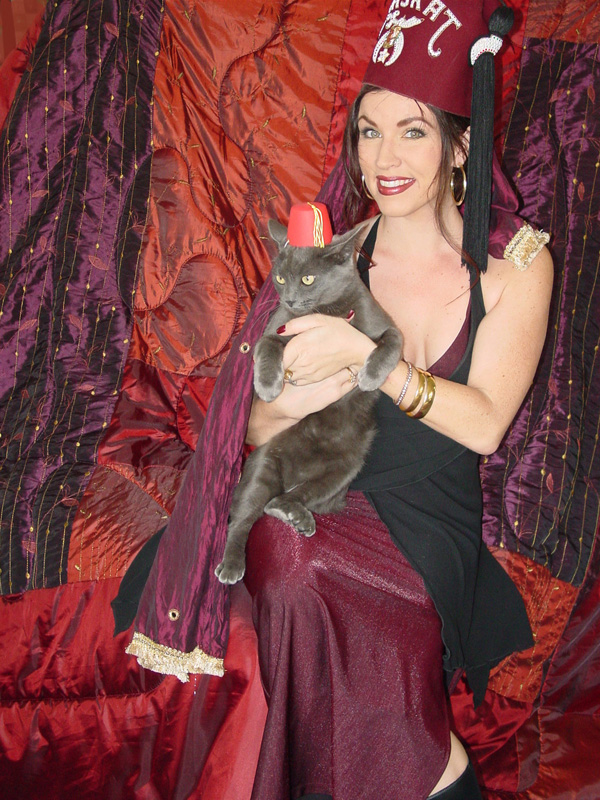 This is my favorite photo of Clyde.  He gets mad when I dress him in stupid outfits, but I just don't care. A cat this cute needs a fez, so get used to it, Clyde.

So there---a shameless post about my cute pets.  I feel like the annoying grandmother with the fold-out wallet full of photos.  I apologize.

All kinds of prettiness in these pictures, canine, feline and human. Goodness, you're a good looking family.

i love to see the pets! when we used to have to develop the photos (remember that?!) my hubby would always be annoyed..."why do we need so many pictures of CATS???" because they cute! he didn't agree! lol! now i can keep all my kitty shots safely tucked away on the computer! ;]